To create a unique selling point for the Hyundai Sonata Hybrid, Hyundai has added to this model something that other rivals don’t have – a sunroof with solar panels. Unlike the conventional sunroof, Hyundai Sonata’s sunroof can channel the solar energy during daylight to recharge the battery pack. As claimed by Hyundai, six hours of sunlight exposure in 12 months could save an amount of energy that could allow the car to travel 13,000 km. 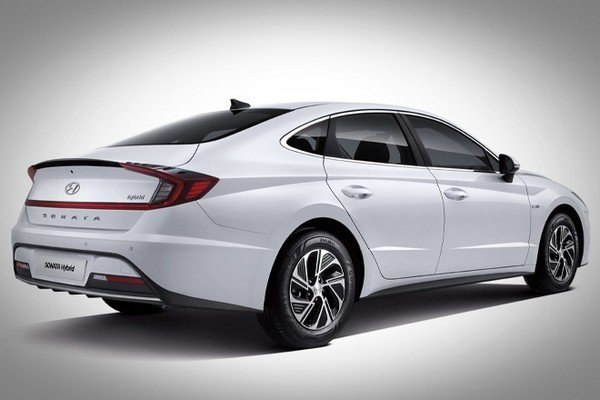 Hyundai also claims that the combination could return the fuel mileage of 20 kmpl which could be considered highly efficient in the world of hybrids. The high fuel economy emanates from the deployment of the Active Control Shift system. The application of the Active Control Shift system could cut down on the gear shift times by 30 per cent. It also helps to boost the acceleration and reduce the friction created by gearshifting, thus, lengthening the lifespan of the transmission. The sunroof on Hyundai Sonata comes with solar panels

Hyundai Sonata is not the only sedan of its space to feature a hybrid version. Toyota Camry and Honda Accord also have their own take on the hybrid segment. The Sonata is currently available with Active Shift Control gearbox. This technology is exclusively designed to perform on hybrid models. On the standard version, the Hyundai Sonata comes with three engine options - a 1.6-litre, a 2.0-litre and a 2.5-litre petrol engine. The transmission options include a six-speed manual and eight-speed automatic transmission. With the new hybrid version, the Sonata gets a Smartstream 2.0-litre GDi HEV engine that is paired with a newly-introduced 6-speed hybrid transmission. This internal combustion unit is able to unleash the maximum power of 152 bhp and peak torque of 188 Nm. Assisting the main ICE unit is an electric motor that delivers the maximum of 38kW (50 Bhp) and maximum torque of 205Nm. Together, the petrol engine and the electric motor could build up the maximum power of 192 Bhp.

In terms of styling, the hybrid version sports some subtle styling elements that could set it apart from the regular version, for example, a new rear spoiler lip and redesigned alloy wheels. Some highlights in terms of features on the Sonata Hybrid include a Lane Follow Assist, Forward Collision Avoidance Assist and a digital key with Near Field Communication.

To receive the latest news on the automobile world, visit our website, IndiaAuto.com