Hyundai has sold over 51,257 units of Venue in India, 58 per cent models of the car were petrol.

Korean carmaker Hyundai’s mid-size SUV, the Venue, has crossed 50,000 sales in just six months. The Hyundai Venue was launched in the Indian market back in May 2019. By the end of October 2019, Hyundai had sold 51,257 units of Venue which consist of 29,726 petrol, 21,531 diesel. The compact SUV has contributed around 9.36 per cent to overall UV sales (5,47,572) in the initial seven months of FY2019-2020. In the past six months, Hyundai has managed to sell around 8,500 units of Venue per month. So far, it’s been a comfortable journey for the newly launched mid-size SUV. The Venue has managed to position itself among the top hot-selling UVs in India. 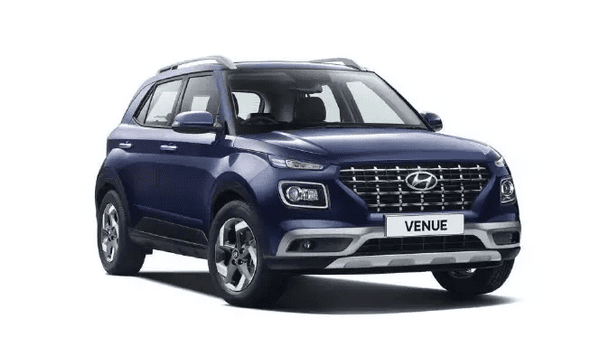 In May 2019, Hyundai Venue grabbed the fourth place by selling 7,049 units along with 8,763 units in June, and it comes close to the top-selling rival in its segment, the Maruti Suzuki Vitara Brezza. Afterwards, in July, Hyundai Venue becomes the best-selling SUV in India by defeating the long-standing UV champion. Moreover, in August, Hyundai Venue continues to carry forward the top-seller badge by selling 9,342 units, but in September, the sales of the compact SUV dropped to third place (8,579 units). The Hyundai Venue got defeated by the new-entrant in our market Kia Seltos within 3 months of its official launch. The compact SUV is propelled by three different powertrains. First is a 1.4-litre diesel that produces power and torque outputs of 90 bhp and 220 Nm. The second engine option is a 1.2-litre, naturally-aspirated petrol mill which develops 82 bhp and 115 Nm of peak torque. The top-spec, 1.0-litre turbo-petrol engine puts out 118 bhp of power and 172 Nm of peak torque. Transmission duties are performed by a 5-speed manual gearbox and a 7-speed DCT (available on the 1.0-turbo engine). Moreover, the car comes loaded with features like a touchscreen infotainment system with Android Auto, Apple Carplay and BLUE LINK connectivity options, steering mounted controls, rear parking camera with sensors and an electronic sunroof.