2020 Hyundai Verna facelift will be available with the same 1.5L petrol and diesel engine options as the next-gen Creta SUV that was shown at the Auto Expo

Hyundai Motor India Ltd (HMIL) showcased the updated Tucson and the second-gen Creta at the recently concluded Auto Expo 2020. Next, the company will introduce an updated version of the Verna, which has been its C2-segment offering pitted against the likes of Honda City and Maruti Ciaz. Other than some major styling updates, the sedan will receive a set of new engine options that will be compliant with the BSVI emission standars. 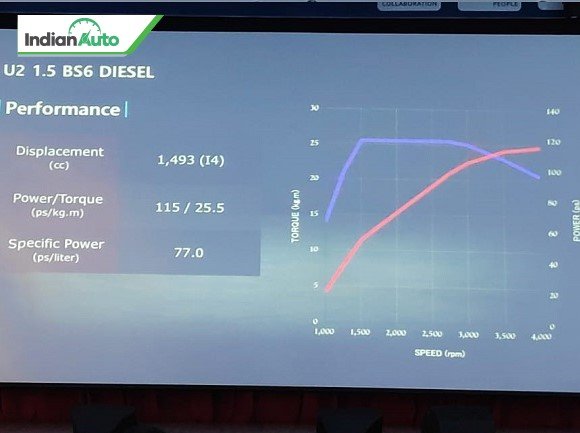 The new diesel engine will have a peak power and torque output of 115 PS and 250 Nm, respectively.

Recently, the Korean carmaker introduced the BSVI compliant 1.2L Kappa petrol and 1.2L U2 CRDi turbo-diesel engine options with the recently launched Aura. However, the cars sitting on the higher-end of the lineup will receive a new set of 1.5-litre petrol and diesel engine options that will replace the current 1.4-litre and 1.6-litre units.

It maybe noted here that the manufacturer has stopped the production of these engine as they fail to comply with the upcoming emission norms. These engines were offered in cars like the Elite i20, Verna, Venue and Creta. However, except for the Venue, all other cars are due for an update in the form of either a facelift or a generation change. Hence, the company will take this opportunity to introduce the cleaner engines along with the styling updates.

As of now, the Hyundai Verna is sold with a 90PS U2 CRDi and a 128PS U2 CRDi engines, which will be discontinued as the newer emission norms kick in. If we go by the reports, Hyundai will not sell the diesel variants of the car until the manufacturer rolls out the facelifted version of the Verna. The Verna facelift will get just one diesel engine option, which is going to be shared with the next-gen Creta as well. The 2020 Hyundai Creta will get a new U2 CRDi 1.5L 4-cylinder turbo-diesel engine with a peak power output of 115 PS and a max. torque of 250 Nm. The new 1.5L diesel engine will be one of the most advanced diesel engines that Hyundai will offer in the Indian market. It will host some major changes in comparison to the outgoing BS-6 engines. For example, it will feature some important design considerations to reduce vibrations and clatter. The changes will include a MoS2 coat on the chain lever and chain guide, 3 piston rings in comparison to 2 seen on other diesel engines, and the bearings will come coated with high strength polymer. It will also be equipped with a diesel pre-filter, and advanced catalytic convertor to perform the SCR process, in order to make it BS-6 compliant. The petrol powerplant on the Verna facelift will also be a direct lift from the new Creta.