The new variant of the iconic XJ nameplate has been introduced to the Indian customers yesterday. Named the XJ50, the flagship luxury saloon will be a special edition of the carmaker to celebrate its 50-years commemoration.

The model made its global premiere at the 2018 Beijing Motor Show last April and officially hit the Indian dealers yesterday. Priced at Rs 1.11 crores, the XJ50 is a product of responsiveness and opulence and in its XJ 50 LWB (Long Wheel Base) version, the refined styling design makes the car stand out from the roads. Still retaining the elegant and distinctive spirit of the XJ family, the Jaguar XJ50 embodies the dynamic and pure design with bold stance, the autobiography-style front and rear bumpers, Black mesh grille along with a special set of 19-inch alloy wheels. Particularly, the teardrop shape boosts the confidence and optimum aerodynamic efficiency and the acceleration of the vehicle. The exterior features of the XJ50 include: The flagship saloon measures the long wheelbase of 3,157 mm

Inside the cabin, the Jaguar XJ50 is packed with a 10-inch touchscreen, hand-crafted veneer, 10-inch HD screen monitors for the rear seat passengers together with the unique intaglio and the special badging showing the illuminated XJ50 treadplates and many more. The interior offers spacious legroom with the panoramic roof offering a roomier cabin for drivers and passenger. The sporting elements inside the saloon enhance the feeling of luxury while the Phosphor Blue lighting creates a stylish aesthetical interior accent. 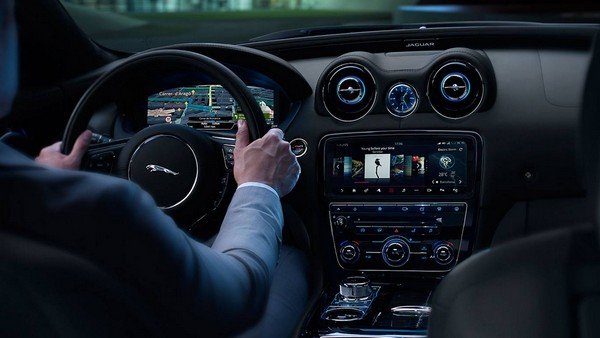 Convenience and comfort are the key messages delivered from the vehicle It comes masterfully as the special luxurious model from the manufacturer

Embossed with multiple advanced fitments in the car such as the centre armrest housing multimedia and front-rear seat control, the drop in footrests along with a bunch of entertainment options, the Jaguar XJ50’s interior is like a ‘playground’ for users to stretch out and relax.

Powered by a 3.0-litre Turbocharged V6 diesel engine that churns out 301 hp of power and 689 Nm of max torque as other XJ siblings along with the 8-speed automatic gearbox, the XJ50 is capable of going from 0-100 kmph in 6.2 seconds.

Commenting on the launch of the new edition Jaguar XJ50, Rohit Suri, President of Jaguar Land Rover India noted that

“The Jaguar XJ has always been the epitome of Jaguar’s focus on luxury and excellence. With the XJ50, we have raised the bar once again, paying homage to one of the world’s most stylish sporting saloons.”

What To Expect From the Jaguar E-Pace Compact SUV?