Honda Cars India showcased the tenth-gen Civic into the Indian market at the 2018 Auto Expo and launched it in March 2019. In terms of sales, last year, the premium sedan has done pretty well for itself. In its first month of launch, the carmaker managed to retail around 2,200 units of the sedan and was on a lead till June 2019. Afterwards, Skoda Octavia overtook the Civic on the sales charts and was on top for the next 2 months, but the new-gen Civic regained the crown and remained on top for the rest of the year. In all, the carmaker retailed 4,928 units of the premium sedan from its launch till December 2019. The majority of new-gen Civic models sold in India were petrol-powered as the car manufacturer retailed 4,308 petrol models, while the rest 620 units were equipped with oil-burners. This means only about 1 out of every 10 Honda Civic cars sold in 2019 have a diesel engine. Last year, Honda Civic was the top-selling petrol-powered premium sedan in its segment and also the lowest selling diesel sedan. And now, it looks like the poor demand for the diesel variant has prevented the carmaker from selling the diesel version in the BS6 era. The diesel version of the Civic was recently pulled off the shelves and there are good chances it won't return anytime soon. 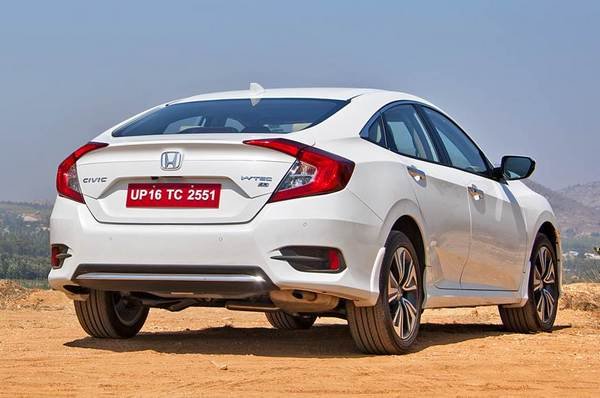 Honda Cars India retailed 4,928 units of the premium sedan from its launch in March last year till December 2019. The Civic was the top-selling petrol model in the D1-sedan segment and also the lowest selling diesel model.

The previous-gen Civic was discontinued in our markets because there was no diesel engine on offer, but the carmaker did not make the same mistake again as the new-gen model is powered by a petrol and diesel motor. The sedan derives power from a 1.8-litre, four-cylinder, i-VTEC petrol mill that produces power and torque outputs of 139 bhp and 174 Nm. On the other hand, the 1.6-litre, i-DTEC, four-cylinder, diesel motor offers 118 bhp and 300 Nm of twisting force. The petrol mill comes coupled to a CVT transmission, while the diesel unit is only offered with 6-speed manual gearbox.