Mahindra India has recently announced its upcoming Marazzo MPV in July 2018 which is known as the codename U321. The name has the meaning of the “shark” in the Basque language. Mahindra has confirmed that the Marazzo will officially launch and go on sale in India on 3 September 2018. Now the bookings for this shark underpinned MPV is available in a handful of dealers on an unofficial basis with the booking amount set at Rs 9,99 lakh. 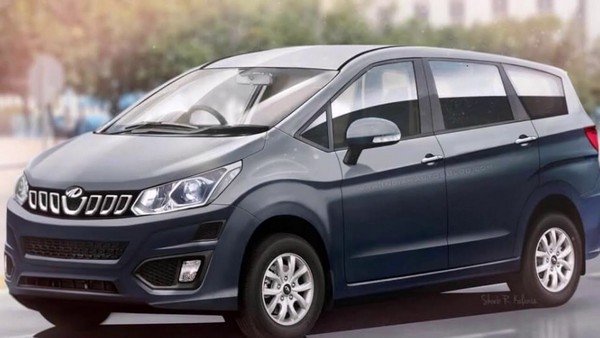 Thanks to the teaser images, it has shed the lights on some of the MPV highlights. As for the exterior, Ananthan Ramkripa, Chief Designer at Mahindra, claimed that the design of the Marazzo is influenced by a shark, with several elements – inside and out – styled to mimic certain aspects of a shark. The T-shaped console is quite conventional in terms of design with the dual tone finish which is the combination of black and beige. A touchscreen infotainment screen is possibly a 7.0-inch unit which comes with features such as Apple CarPlay and Android Auto. The design of the Marazzo is influenced by a shark

As regards of the interior, while the eight-seater Marazzo gets a bench seat, the seven-seat variant will get the captain seats for the second row. As for the touchscreen infotainment screen, it is possibly a 7.0-inch unit which comes with features such as Apple CarPlay and Android Auto. 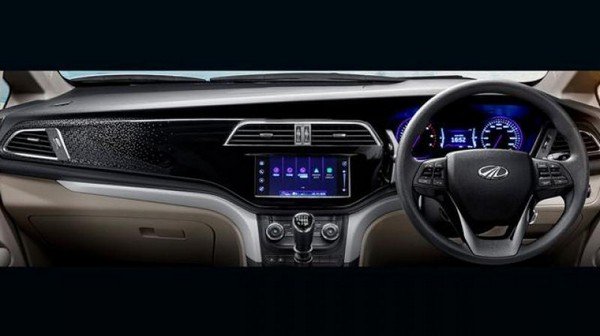 The touchscreen infotainment screen is possibly a 7.0-inch unit The dash looks conventional in design with the dual tone finish

Mahindra has reported that the Marrazzo would not take over any models and will be a fresh product in their line-up. The pricing for the Marazzo, according to the dealers is positioned between the Maruti Suzuki Ertiga (Rs 6.34 - 10.69 lakh) and the Toyota Innova Crysta (Rs 14.34 - 21.57 lakh).