Previously, some images of the upcoming Mahindra Thar Signature Edition has surfaced around the internet. According to the leaked pictures, the limited edition will come with some subtle exterior updates and a new badging. It was expected that the Mahindra Thar Signature will also get some new safety features to come in line with the new safety regulations. Recently, IndianAutosBlog has revealed that the new Thar edition will come with dual-front airbags.

The new safety norms which will come into effect on 1 July 2019 has required all M1 segment vehicle to acquire airbags as a standard feature. On 1 April 2019, ABS will become mandatory. Both of these features are not available on the current Mahindra Thar. So the Thar Signature Edition is expected to launch with necessary safety fitments, ABS and airbags for example. Sources confirmed that the limited-run Thar will get not only the driver airbag but also the passenger airbag. It also means a new steering wheel and revised dashboard will be employed on the Thar Signature Edition. It is known that the new Thar Signature Edition will come into two exterior colour schemes, Napoli Black and Aqua Marine. Besides, new style elements like bonnet black decals, silver-inserted bumper and a new 5-spoke 15-inch alloy wheels are some new confirmed exterior updates. To distinguish itself from the regular version, this limited edition will wear a special badge with Anand Mahindra’s signature on the fenders. 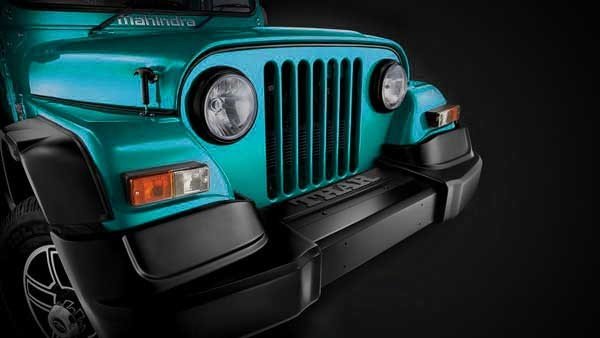 Under the hood, Mahindra Thar Signature Edition is likely to feature 2.5L CRDe diesel engine from the ongoing version. This engine could provide 107.41 PS and 247 Nm and be mated to a 5-speed manual gearbox. The Thar Signature Edition will be launched next month and only 700 units of this edition will be distributed. In the meanwhile, Mahindra will continue working on the Mahindra Thar 2020 which is likely to be showcased at Auto Expo 2020.