18 0
The Mahindra XUV300 compact SUV, also known as the S201, has been spotted testing again, disclosing its robust exterior and premium interior.

Mahindra is preparing for the launch of the Mahindra XUV300 in the first quarter of next year. The official name of the car, which has been rumoured to be Mahindra Inferno, had been scheduled to be announced on December 1st 2018, but it has been delayed due to “unavoidable circumstances”.

The Mahindra XUV300 has been tested across the highways and mountains in India, including the highest motorable roads at Ladakh and Khardung La in Leh. It was recently caught sight of on a state highway, unveiling most of its appearance with a high ground clearance, tall body posture, machine cut two-tone alloys and a premium cabin.

Built on the same platform that underpins the SsangYong Tivoli, Mahindra XUV300 will also come with exterior features such as 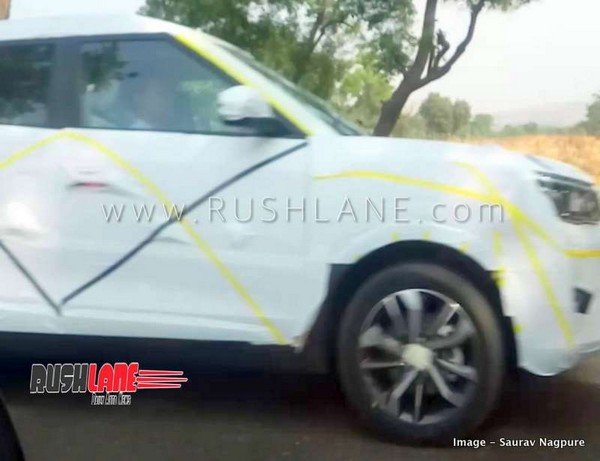 The Mahindra XUV300 will have a robust appearance

In terms of the interior, the 5-seater compact SUV will feature a cabin with dual-tone black-and –beige-colour paint scheme. The vehicle will offer spacious legroom in the rear, which can comfortably accommodate three adult passengers. Other interior features include In regard to engine and performance, the XUV300 will be powered by a 1.5L 4-cylinder diesel motor, which can generate a max power of 123PS at 3,500rpm and a peak torque of 300Nm at 1,750-2,500rpm. The transmission duties will be undertaken by a 6-speed MT and AMT unit. The compact SUV is also available with a 1.2L turbo petrol motor, but no information about the power and torque output as well as the transmission has been disclosed up to now.

When launched in India, the Mahindra XUV300 is expected to be priced in the range of Rs 7 lakh to 10 lakh, taking on the likes of Tata Nexon and Maruti Brezza.

All Things You Need To Know About The Mahindra S201