The new Mahindra Y400 (XUV700), which is the full-grown SUV, is all set to be launched in India in the coming weeks. This model will be big rivals for Toyota Fortuner, Ford Endeavor and Jeep Compass and Mitsubishi Pajero Sport in the competition.

The Indian domestic automaker first showcased the XUV700 at the 2018 Auto Expo. The new XUV700 was originally a Ssangyong Rexton G4, but Mahindra has decided to rebadge the car as Mahindra due to the failure in sales previously. Recently, after being tested one time earlier, the vehicle was caught testing under high altitude topography in Leh. The starting price of the Mahindra XUV700 will be around Rs 20 Lakh and Rs 25 Lakh. This price range would help the vehicle considerably defeat its bitter rivals.

The exterior portion is relatively similar to the G4 Rexton. It will have a new front grille, projector headlamps, robust roof-rails, updated alloy wheels, LED DRLs together with big LED taillights and a rear spoiler mated to a stop-lamp. These tweaks are made to the exterior so as to attract more Indian auto buyers. The vehicle will be the most luxurious product of Mahindra ever with a wide range of top-notch features such as 9.2-inch HD touchscreen infotainment system, high-intensity discharge lamps, two-way climatic control, ventilated/heated seats, Nappa brown leather upholstery, electric sunroof, parking-assist 3600 camera. Moreover, it will leave the customers with no worry about safety since it is packed with a wide range of safety features including: The Mahindra XUV700 has a cabin with the most luxurious features

In terms of the XU700's mechanical specifications, it is powered by a 2.2-litre diesel engine which can churn out 179 Bhp of max power and 420Nm of peak torque. The engine uses a 7-speed automatic gearbox sourced from Mercedes-Benz to send its power to the four wheels. Earlier, it was rumoured that a 6-speed manual transmission will be offered, but now, it is expected not to be available in India. 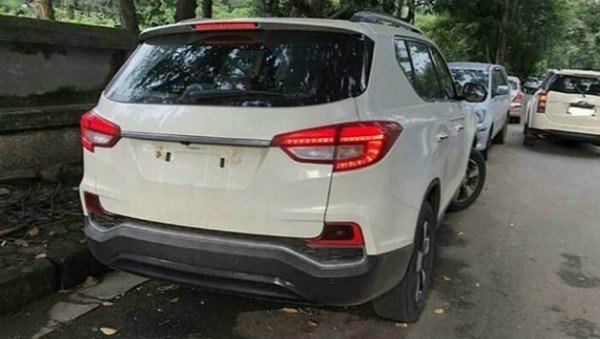 The Mahindra XUV700 is powered by a 2.2-litre engine

In comparison with the outgoing model in India, the new XUV700 will be more fashionable and mature in style, more modern in features and more dynamic in mechanical specifications. One of the contributory factors to the fact that Mahindra has decided to rebadge the vehicle is the image issues.

The existing vehicle cannot effectively compete against Toyota Endeavour, Toyota Fortuner and Hyundai Tucson, which is expected to be resolved by the new XUV700. The Mahindra XUV700 is built at Mahindra's Chakan plant near Pune as a completely-knocked-down (CKD) unit. Besides the Mahindra Marazzo MPV and the XUV500 facelift, this will be another big event for Mahindra. The Mahindra XUV has a price range of Rs. 20 lakh to 25 Rs lakhs and is a real value for money with a multitude of advanced. Although the launch date has been delayed, the Mahindra XUV 700 is still projected to be revealed before the end of October 2018. Let’s expect the vehicle to be another winner for the Indian domestic automaker.