0 0
The Maruti Ciaz has reached the milestone of 2.7 lakh units sold since its first launch in 2014.

The Maruti Ciaz sales number has crossed the 2.7 lakh milestone in five years. This was announced after the largest Indian automaker informed that its cumulative sales number through Nexa has reached one million units. 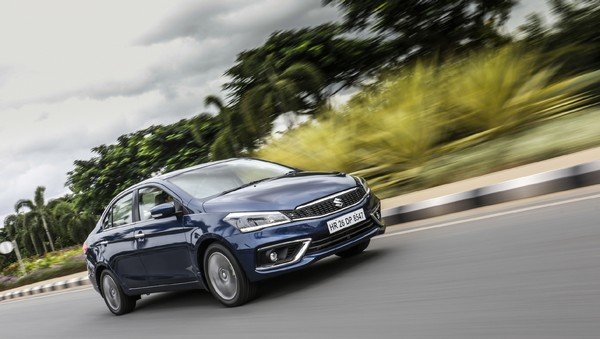 With a spacious, comfortable cabin and frugal engines, the Maruti Ciaz has been the most popular option in its segment.

For the past three fiscal years, the Maruti Ciaz has effectively competed against rivals like the Skoda Rapid, Volkswagen Vento, Toyota Yaris, Hyundai Verna and Honda City to gain the dominating position in the midsize sedan segment. It managed to collect a sales number of more than 46,000 units in FY2019, which helps the sedan attain a market share of more than 30% in its segment.  The top-spec Alpha trims account for 54% of the sales number, half of which were sold in Tier-I markets and metros. Furthermore, the Nexa Blue paint scheme of the Ciaz has proved to be so popular with the customers that it made up for more than 30% of the total sales.

“Since its launch, Ciaz has witnessed a resounding success in the highly competitive premium sedan market. With 17 percent contribution of automatic variants and Smart Hybrid technology, Ciaz is testimony of customer preference for a comfortable, spacious, technology-driven and feature packed sedan. This reinforces our commitment to bring contemporary and greener technologies for our customers.”

Initially introduced under the standard Maruti network in 2014, the Maruti Ciaz started to be sold through the premium Nexa sub-brand in April 1, 2017. A mid-life update was given to the sedan last year to add some aesthetic alterations and a new 1.5-litre K15 gasoline burner with 105 HP. An in-house 1.5-litre oil burner with 95 HP was even added to the motor options earlier this year to complement the Fiat-sourced 1.3-litre diesel unit with 90 HP. Noteworthily, only the gasoline and the smaller oil burner get Maruti’s mild-hybrid technologies while the former comes with an optional automatic gearbox on the top-spec variants.

Maruti Suzuki has announced that it will discontinue oil burners before the BS-VI emission standards come into effect in April 2020. Therefore, only the petrol motor is expected to be updated to conform to the stricter standards. This upgraded engine has been introduced to the Maruti Ertiga. It is open to question whether the Maruti Ciaz will manage to maintain its leading position by then, particularly when the new-gen Honda City will be launched in India next year.