Maruti S-Cross Discontinued Temporarily, To Return With a New Engine

Maruti Suzuki India has finally revealed the first teaser of the BSVI S-Cross. The new model will get have the same 1.5-litre petrol engine as the Brezza

Maruti S-Cross was the first product from the carmaker to be retailed through the company’s premium Nexa dealership network. The crossover was first launched in our markets in August 2015, and it got quite popular among the customers in these five years. The sales volume of the crossover got increased after the introduction of its facelift, which was launched in late 2017 with the addition of some cosmetical and feature updates. 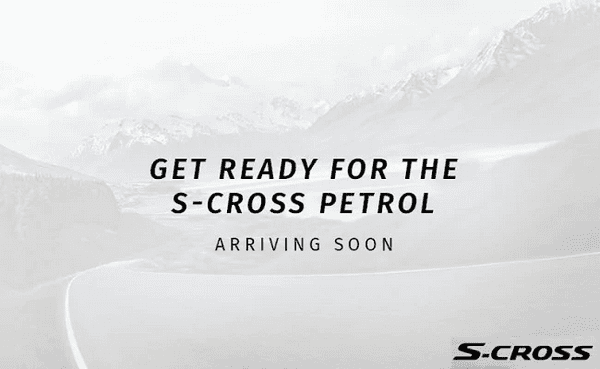 Maruti Suzuki has finally released the first teaser of the BSVI S-Cross on their official Nexa website and it says: “Get ready for the S-Cross petrol arriving soon”

Well, the Maruti S-Cross has now been discontinued, albeit, temporarily. The crossover will soon return with a new heart that will be in compliance with the BSVI norms. Unlike the BSIV model, which featured a diesel engine, the new version will have a petrol heart. It may be noted that the BSVI emission norms came into effect on 1st April, with which the diesel-powered BSIV model has gone off the shelves. Maruti is now all set to relaunch the new S-Cross with a petrol engine. Maruti Suzuki has finally revealed the first teaser of the new S-Cross on their official website and it says: “Get ready for the S-Cross petrol arriving soon”.

The new engine for the Maruti S-Cross will be a 1.5-litre, four-pot, K-series, petrol unit that will be coupled to a mild-hybrid system. This is the same engine that powers the Brezza, Ciaz and Ertiga. The S-Cross will likely continue to be available in four different trim levels, namely- Sigma, Delta, Zeta and Alpha.

The 1.5-litre K-Series engine that is headed to the S-Cross produces 104.7 PS of power at 6,000 rpm and 138 Nm of twisting force at 4,400 rpm. The petrol unit comes paired with a 5-speed manual gearbox as standard and an optional 4-speed torque converter automatic transmission. The 1.3-litre, diesel engine offered with the BSIV model produces power and torque outputs of 90 PS and 200 Nm, respectively. One can expect the new model to feature Maruti’s latest SmartPlay touchscreen infotainment system with Apple CarPlay and Android Auto compatibility and also cloud-based function like traffic updates and alerts.