Maruti S-Presso is going to get a new CNG version soon. The CNG S-Presso was currently spotted during its road testing.

Earlier this year, Maruti has taken the wrap off its latest all-new model named S-Presso. At launch, the Maruti S-Cross is exclusively available with only a 1.0-litre petrol engine. Months after its debut, Maruti S-Presso is expecting an addition of a new CNG option. Recently, the Maruti S-Presso CNG was spotted undergoing testing on public roads. 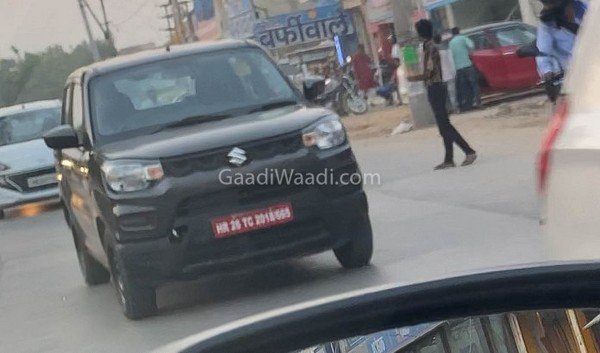 Previously, Maruti Suzuki has announced its plan to provide CNG variants across its small-car lineup. Considered as a cleaner alternative to petrol or diesel, CNG currently receives special attention from the government of India. Many have been done to improve the popularity of this fuel type. Taking advantage of the government’s green light for CNG, Maruti also puts a strong focus of expanding the use of CNG-fitted engines across its vehicle range.

At the moment, Maruti has equipped five of its passenger vehicles with CNG variants including Alto, Alto K10, Celerio, Wagon R, and Ertiga. When the Maruti S-Cross CNG is launched, the total number of CNG variants will go up to six. Along with these six passenger vehicles, Maruti also offers CNG versions on some of its commercial models including Dzire Tour S, Eeco, Super Carry. Maruti S-Presso is built on the Heartec K platform which is 98 per cent localized. At launch, Maruti S-Presso was launched with a 1.0-litre three-cylinder petrol engine that is capable of making 67 PS of power and 90 Nm of torque. There are two transmission options, a 5-speed manual gearbox and a 5-speed automated manual unit. The fuel mileage stands at 21.7 kmpl for both manual and automatic gearbox. After getting CNG update, the same petrol engine is expected to see a slight decrease in power output.

Currently, Maruti S-Presso is rivalling against the likes of Renault Kwid and Mahindra KUV300 in the small hatchback segment. It is now priced from Rs 3.69 lakh and price of the top-spec variant can go up to Rs 4.91 lakh. To get latest updates about cars in India, check out IndianAuto.com.