India’s largest-selling passenger carmaker Maruti Suzuki last Wednesday reported a sharp 19.6% decrease in its total domestic passenger vehicles sales volume, down to 131,385 units in April 2019, against 1,63,434 units in the same period of 2018. The downward selling number of the company's passenger car segment is totally opposite to that of its light commercial vehicle (LCV) Supper Carry, which has just reported a substantial growth of 50.2% to 2319 units in the same period. The leading car manufacturer in India, Maruti Suzuki announced a big sales plummet in its passenger cars figures during the month of April 2019.

Speaking specifically, Maruti Suzuki’s passenger car sales dropped substantially across the categories.  In the mini car segment (Alto and Old WagonR), the sales numbers plunged by 39.8% to 22,766 units. The compact cars segment including the Maruti Swift, New WagonR, Baleno, Ignis, Dzire, Celerio, Tour S also fell to 72,146 units last month which is equal to a 13.9% decline as compared to 83.834 units of the corresponding period in 2018.

The mid-size sedan segment also witnessed a considerable slump in terms of sales in April 2019. It reported more than 45% year-on-year decline to 2,789 units against 5,116 units registered in April 2018. However, in contrast, the utility segment of Maruti Suzuki with the presence of Maruti Vitara Brezza and Maruti S-Cross went up 6 % with 22,035 units sold during April of this year, compared to 20,804 takers in the same month of last year. 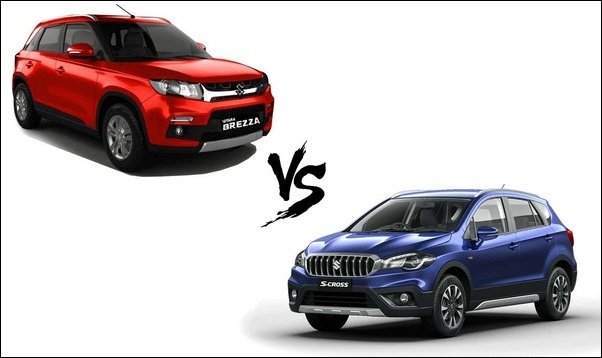 The Maruti Vitara Brezza and S-Cross continues to be the big competitors in the utility segment.

Considering the second-largest carmaker in India, Hyundai Motor also registered a slight drop in its sales performance in April with 42,005 selling units as against 46,735 units in the corresponding period of 2018. Honda Cars India, however, celebrated a massive growth by 23% in its volumes with 11,272 units sold in April compared to 9,143 units in the year-ago period. When speaking about the sales increment of the Japanese company, Rajesh Goel, Senior Vice-President and Director of Sales & Marketing, Honda Cars India Ltd said that: “The ongoing elections and overall subdued market sentiment continues to affect the sales momentum.”

The Indian automobile industry is watching a tougher year with the fluctuation of fuel prices and hiked car prices owing to the new stringent safety regulation and emission norms all set to come into effect by the year-end that has made a strong impact on the domestic sales volumes of many manufacturers in India.