Maruti Suzuki Swift RS - All You Need To Know

The largest Indian auto manufacturer is ready to introduce the faster version of the well-known Swift to the Indian auto market around the first half of next year.

1. Maruti Suzuki Swift RS will be launched in India next year

As aforementioned, the Maruti Suzuki Swift RS is expected to be released into the Indian car market around the first half of 2019, to be more specific, maybe in April 2019.

The Tiago JTP high-performance hatchback was launched in the festive season this year by Tata Motors. Maruti might be waiting to see the feedback and response to its direct rival before officially launching the Swift in India. 2. Maruti Suzuki Swift RS exterior design will be much sportier than the standard versions

The Swift RS hatchback will bear several cosmetic tweaks against the standard versions.

A robust bumper, projector headlamps with LED DRLs and a red long narrow line across the mesh grille will be equipped in the front of the new Swift RS. On the side profile, you can realize new skirts and new diamond cut 16-inch alloy wheels. The rear will get a muscular bumper and new LED tail lamps.

Like the Ciaz RS and the  Baleno RS, the Swift RS will look more stylish and sportier than the standard versions. 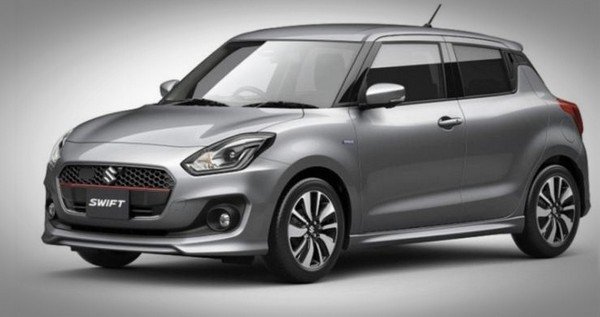 3. Maruti Suzuki Swift RS Interior will get no major changes

No major changes will be made to the interior of the Maruti Suzuki Swift RS in comparison with the standard variants. It will still get such features as

The Swift RS hatchback will get all of the safety features on the top Swift variant, including

Dual airbags in the front The Swift RS will come with a more spacious all-black cabin. It will get a more amber space in the rear seat than the standard models. The boot space will also get roomier. Furthermore, riding quality is also better.

4. Maruti Suzuki Swift RS will get an impressive performance

The Swift Sport, the high-performance version of the popular Swift, is already on sale in numerous foreign markets. Powered by a 1.4L turbocharged 4-cylinder motor, it can churn out 140 bhp of max power and 230Nm of peak torque. The transmission duties are undertaken by a 6-speed MT unit. The hatchback is also equipped with a firmer suspension system than the normal Swift.

As mentioned before, in India, the Swift RS is going to serve as a Swift Sport replacement, but unfortunately, it is not going to a rebadged version of the Swift Sport. Instead, it will borrow the engine from the Baleno RS, the 1.0L turbo 3-cylinder which also belongs to Suzuki boosterjet engine lineup. This smaller motor can deliver a max power of 101bhp at 5,500rpm and a peak torque of 150Nm between 1700rpm and 4500rpm Compared to the normal Swift hatchback, the RS version will deliver a larger output by 19bhp and 37Nm. The motor comes paired to a 5-speed manual gearbox. Like the Baleno RS, the Swift RS is expected to have an average fuel efficiency of 21 – 22kmpl. The real mileage can vary, depending on numerous factors such as the kerb weight of the vehicle, the road conditions, etc.

5. Maruti Suzuki Swift RS will have a quite high price tag in India

For the Swift RS, Maruti Suzuki is reported to adopt a similar pricing strategy to the Baleno RS, which is to price it just below the top-of-the-line diesel variant. If this happens, the new Swift hot hatch is likely to cost over Rs 8 lakh. At this price, the new Swift RS will have difficulty rivalling its direct rival, the Tiago JTP as the former will cost Rs 1.6 lakhs more than the latter. Tata is a really market-conscious car maker in India. Therefore, if Maruti Suzuki wants to effectively compete against Tata Motors, it really needs to reconsider its pricing plan for the Swift RS. 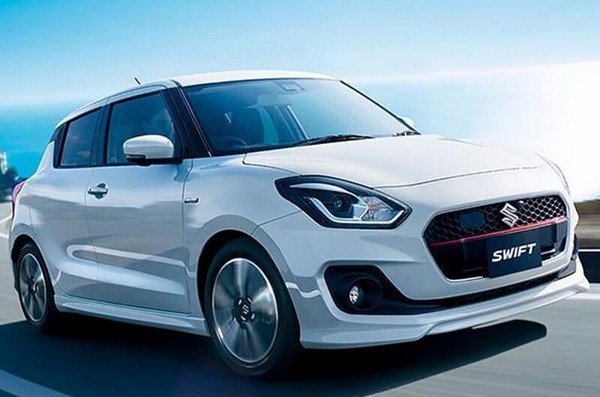 Once launched in India, the Swift RS hot hatch is expected to take on the likes of the Tata Tiago JTP

The Maruti Suzuki Swift RS hatchback is expected to come to India as a replacement for the international model Swift Sport, whose launch plan has been dropped in India due to its high price. The new Swift RS, once launched in India, will offer Indian auto buyers, especially who are interested in hot hatchbacks, a powerful alternative. With the launch of this new hot hatchback, Maruti Suzuki expects to reinforce its position in the Indian car market in general and the Indian teeming hot hatch segment in particular.

What do you think about the forthcoming Maruti Suzuki Swift RS hatchback and its prospects in India? Share with us in the comment section below.

Why you should buy Maruti Suzuki Swift: Pros and Cons