Maruti Suzuki has already released an announcement for the official launch of the 2018 Ertiga. The much-awaited MPV will come on November, 21 while the outgoing model of the MPV will offer a big discount.

The major carmaker in India, Maruti Suzuki is ready to launch the new generation of the Ertiga next month and its bookings are likely to start at the same time.

It has been reported that the vehicle has already been produced to satisfy the demands for a newly updated version of Ertiga in the global market. The Indian-spec Ertiga is expected to look identical to the one previously launched in Indonesia.

Turning out to be similar to the Indonesian version, the 2018 Indian-spec Maruti Suzuki Ertiga will get a revision in the design and style in comparison with the outgoing model. To be more specific, it will be larger, lighter and stiffer than the previous model. The length, width and height will be increased by 99mm, 40mm and 5mm, respectively but the wheelbase will remain the same dimension. This model will get new slimmer LED headlamps with DRLs, revised styling in the angular front design, vast wrap-around taillamps along with LED elements. The grille will be more sophisticated with chrome units. Two aggressive fog lamp housings, front lip and added black mesh are several changes in the front bumper. On the side profile, it will come with novel alloy wheels and creases. The 2018 Maruti Suzuki Ertiga revised interior is quite similar to the Dzire and the Swift with some features such as:

The new Ertiga offers us a collection of safety features including: 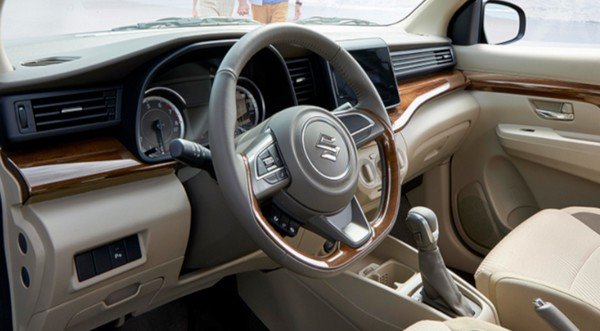 This all-new MPV will be powered by either a petrol-powered or diesel-powered engine. The former is a 1.5-litre petrol, 4-cylinder K15B engine which also comes in the facelifted Maruti Suzuki Ciaz. This engine can produce 104.7 bhp and 138Nm of torque and is mated to a 5-speed manual transmission and 4-speed automatic gearbox. The novel petrol engine is available with a Smart Hybrid Vehicle by Suzuki (SHVS) technology and can produce a mileage of 21.56kmpl. The latter is expected to be retained with the current 90PS, 1.3-litre Multijet engine. The official launch date is confirmed to be November 21, 2018. With these new updates in design and features, this MPV is believed to have a greater chance to attract automotive fraternity. The Ertiga is likely to be Rs 30,000 to 60,000 higher than the previous model for the petrol variants and Rs 12,000-30,000 cheaper for the diesel variants. The 2018 Maruti Suzuki Ertiga is expected to rival the likes of Mahindra Marazzo.

Mitsubishi Expander to Launch in India, Competing With Maruti Ertiga