Maruti Suzuki XL6 will be introduced next month. This model will come with a 1.5-litre petrol engine with SHVS technology

Maruti Suzuki India Ltd (MSIL) has a range of new models for us that will launch in the coming months. First, the company will launch the Maruti Suzuki XL6, which was until recently known as Ertiga Cross. The new model is based on the Ertiga MPV but gets some essential updates. Unlike Maruti Ertiga, however, the XL6 will be retailed via Maruti’s premium NEXA outlets. Recently, spy shots of the upcoming models surfaced around the internet, thereby giving us a glimpse of the upcoming vehicle. 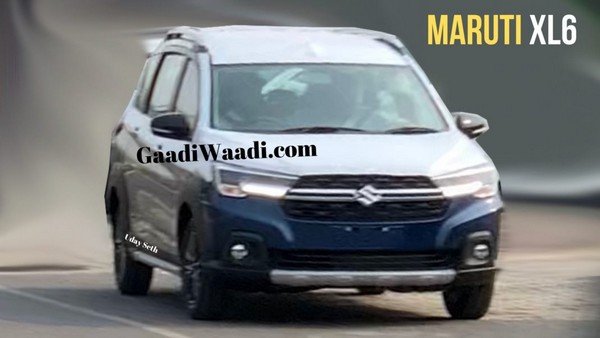 As revealed in the spy pictures, the Ertiga-based crossover sports a heavily restyled fascia with a new grille with two chrome lines in the middle. Sharper headlights come with LED DRLs and turn signals. Besides, a chunky bumper, new silver-finished skid plate and squarish foglight housings are also added to the mixture. In the side profile, Maruti XL6 features sporty black plastic cladding around the wheel arches and the lower bodywork. The crossover also gets roof rails on the top. The rear design gets a black treatment for the bumper with contrasting rear faux skid plate and a touch of chrome on the boot lid. On the inside, the Maruti XL6 is expected to feature a new seat layout with two captain seats for the middle row. It is expected that Maruti Suzuki XL6 will get some unique features from its donor Ertiga. 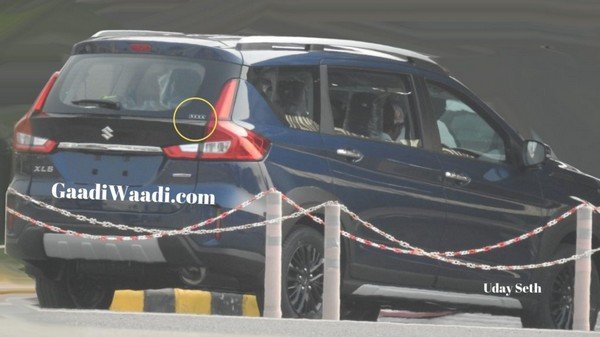 The Maruti Suzuki XL6 is powered by a 1.5-litre K15B Smart Hybrid four-cylinder petrol engine. This motor can provide a maximum output of 104.7 PS and a peak torque of138 Nm. Two gearbox options will be on offer, comprising a five-speed manual and a four-speed automatic transmission. The engine will be BSVI-compliant. Once launched, the XL6 will compete with products like the Honda BR-V and even the Mahindra Marazzo. The price of this premium model is expected to start from Rs 12.5 lakh. It is scheduled to launch next month.

For more news and stories about cars, visit IndianAuto.com