Maruti Suzuki may delay the plan of launching the Wagon R EV in the country as the Indian customers are not yet ready for the big change.

Indian carmaker Maruti Suzuki is still having second thoughts on launching the Wagon R EV in India. A recent report from the Economic Times suggests that the company had originally planned to launch the EV by 2020. Maruti Suzuki has been even testing 50 prototypes of Wagon R EV around the country and as per RC Bhargava, Chairman, MSIL, his company will be ready with the production variant by 2020. The biggest reason behind this struggle will be the lack of charging infrastructure. Most potential consumers park their cars outside their houses.

"But what the company can produce and sell will depend on the customer’s willingness to buy the vehicle given the limitations of cost and charging space," he added. Mr Bhargava straightforwardly means the change in launch plans may occur if the Indian customers are not yet ready to invest their money in pricey EVs. He further said that it would be wrong to feel that businesses are driven by manufacturers as they are, in fact, customer driven. He also said that the Maruti Wagon R EV could cost a lot more than what a typical small car buyer can afford. EVs may have to struggle a bit to survive into the Indian market at initial stages. The biggest reason behind this struggle will be the lack of charging infrastructure. Most potential consumers park their cars outside their houses. 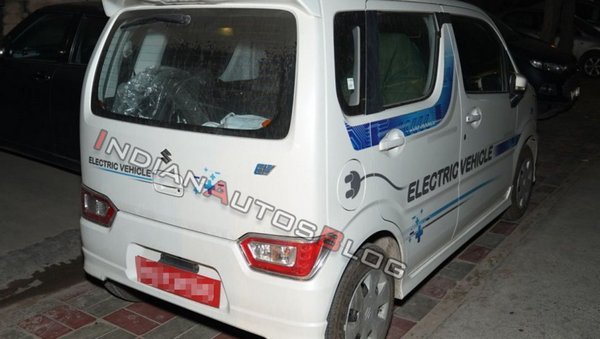 The sale of EV is mainly dependent on the fleet customers because, under the FAME-II policy, there's no incentive for private customers.

The GST imposed on EVs is low 12%, but that's not sufficient. Incentives by the government are much required to boost the EV sale. The sale of EV is mainly dependent on the fleet customers because, under the FAME-II policy, there's no incentive for private customers. Moreover, in many developed nations where the purchasing power of people is much higher, governments are massively encouraging technology. The ways by which the government will find solutions to support electric vehicles for use among private users post-FAME-II will conclude the future of the EV segment in India. Maruti Suzuki is countering many hurdles in the launch of its first EV. These challenges will be faced by the automakers around the Indian, who are planning to launch their Electric Vehicle.