Mercedes-Benz G 350 D To Launch In India In November

There are not many noteworthy exterior not interior features equipped with the Mercedes-Benz G 350 D since all most of them are included in the feature list of the G Class G63 AMG.  Apart from the price which is much lower than its sibling, the most remarkable difference between the two variants is their engine. Instead of a petrol motor which provides power for the G-Class G63 AMG, a new diesel unit is kept under the hood of the new variant, which translates into a more decent fuel mileage and driving range. 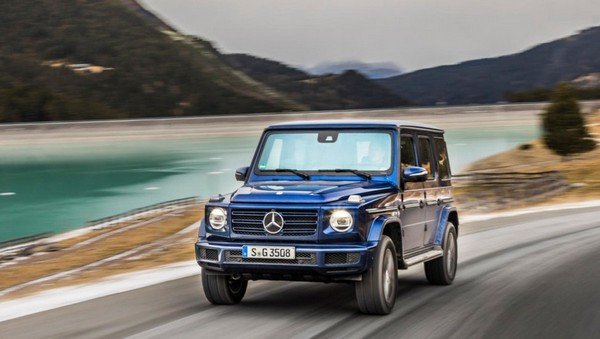 The Mercesdes-Benz G 350 d will be powered by a new diesel motor.

Also read - What To Expect From The 2019 Mercedes-Benz GLE

The 656 diesel motor is not only the most powerful diesel engine in  Mercedes-Benz’s lineup but it will also help the G 350 d “the most efficient G so far” once it is launched. Furthermore, emission levels of the G350 d are even lower than the emission limits set by Euro 6d (6 European standards for clean diesel motors). This is because the German auto manufacturer has installed a selective catalytic reduction (SCR) converter with an ammonia slip catalyst (ASC) in the vehicle’s exhaust system. Thanks to this equipment, nitrogen oxides in the exhaust gas are chemically converted, emitting ammonia, which helps convert 80% of nitrogen oxides into harmless water and nitrogen. The Mercedes-Benz G 350 d will be "the most efficient G so far".