Luxury carmaker Mercedes-Benz will reveal prices of the GLC Coupe facelift on March 3, 2020. The car was revealed in international markets in 2019.

Luxury carmaker Mercedes-Benz will reveal prices of the GLC Coupe facelift on March 3, 2020. The car was revealed in international markets in 2019. The German giant has given its new coupe-SUV subtle tweaks outside and inside, which will be quite similar to the GLC facelift launched in India in December 2019. This move will mark the launch of Mercedes-Benz India’s first non-AMG coupe-SUV. Outside, the upcoming GLC Coupe will feature an all-new diamond pattern grille, restyled bumper at the front and rear along with new headlamp and taillight cluster. 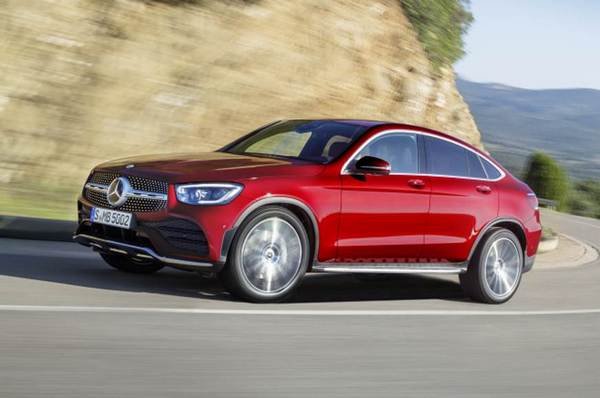 However, the biggest change for the car is in the cabin. It now gets updated MBUX infotainment software. The new software is responsible for the functioning of the 12.3-inch fully-digital instrument cluster along with the 10.25-inch touchscreen infotainment system, which offered as a standard fitment. The all-new software can be accessed with “Hey Mercedes” voice command and with a huge central touchpad. Moreover, Mercedes-Benz will also update the upholstery. The ongoing Mercedes-Benz GLC is powered by a single-engine option, the AMG-badged, GLC43 MATIC, 3.0-litre, turbo-charged motor V6, which churns out 367 bhp of power and 520 Nm of peak torque.

Also Read: Mercedes-Benz E-Class Faced The Threat Of Being Submerged On The Beach 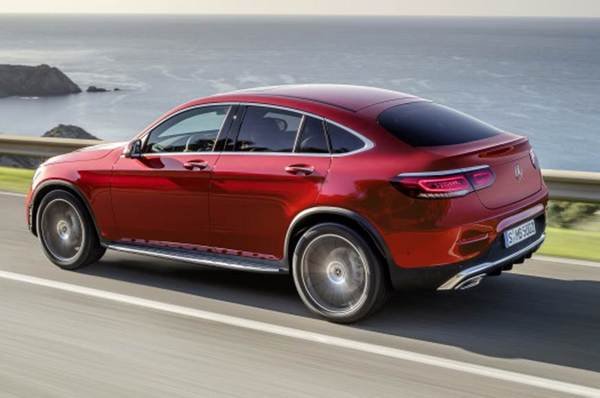 Once launched, the SUV will compete with the likes Porsche Macan and BMW X4

The upcoming facelift of the car will derive power from two different engine options namely- GLC 300 petrol and GLC 300 diesel. The 2.0-litre, turbo-petrol mill offers the power and torque outputs of 258 bhp and 370 Nm. On the other hand, the 2.0-litre, turbo-diesel unit offers 245 bhp and 500 Nm of twisting force. The transmission duties will be performed by a 9-speed transmission along with the company’s 4MATIC all-wheel-drive system. The AWD system will be a standard fitment in the coupe-SUV. The upcoming Mercedes-Benz GLC Coupe will be offered between Rs 55-65 lakh price bracket. Once launched, the SUV will compete with the likes Porsche Macan and BMW X4.