Mercedes Benz GLS Teased Ahead Of India Launch: Will Rival The BMW X7

New Mercedes-Benz GLS will feature a new design language along with some advanced features. It will rub its shoulders with the likes of BMW X7

Mercedes-Benz has unveiled the teaser of the all-new GLS SUV ahead of its India launch. The SUV is expected to hit the Indian shores in the coming months. The teaser video shows that the upcoming SUV will employ a new design. It also reveals that the new model will feature new headlights and tail lamps along with new 22-inch dual-tone alloy wheels. As compared to its predecessors, the new model will be 77mm longer and 22mm wider. The upcoming SUV is the third-gen model of the car, which was revealed in April last year.

Hrithik Roshan Gets His Mercedes V-Class Modified by Dilip Chhabria

The exterior looks of the all-new Mercedes-Benz GLS have been updated as per the carmaker’s latest design philosophy. It gets a new bumper at the front and rear, multi-beam LED headlights, two-slat grille and dual exhaust pipes. Inside, the new-gen SUV will feature a 12.3-inch instrument cluster along with a 12.3-inch infotainment system. 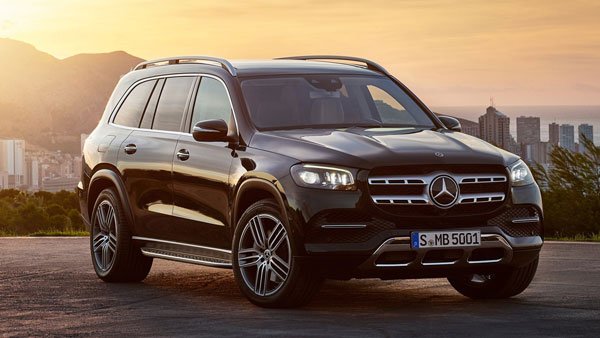 Once launched, the new-gen SUV will rival with the likes of BMW X7

In terms of safety, it gets some best-in-class safety features like hill hold assist, hill descent control, 360-degree camera, multiple airbags, stability control, Heads-up display, traction control and much more. The all-new Mercedes-Benz GLS will derive power from a 3.0-litre, six-cylinder, oil-burner that produces 326bhp of maximum power and 700 Nm of peak torque. Transmission duties will be done by a 9-speed, G-Tronic automatic gearbox paired with an all-wheel-drive system. Once launched, the new-gen SUV will rival with the likes of BMW X7.