MG eZS has been spied in India ahead of its launch. The upcoming Hyundai Kona EV rival will become the next big launch from the British marque.

MG Motor took its first move in the India market with the launch of the MG Hector. MG Hector has been receiving positive responses from the market. After getting overwhelming initial success, MG Motor got down to work with the second model for the India market – an all-electric SUV named MG eZS. Recently, the MG eZS test mule was spotted in Vadodara. 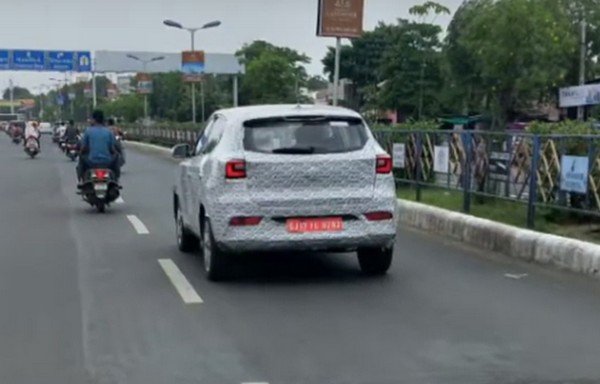 To keep a price competitive price, MG eZS will be locally assembled

Earlier, it is reported that the all-electric SUV will be imported via the CBU route and depending on the demand for this SUV, MG Motor might consider assembling this model locally. However, this plan has come to an unexpected turn. It is confirmed that MG Motor will localize the MG eZS right from the beginning in order to keep the price under check.

One major reason for British carmaker’s change of heart is the competitive pricing from the Hyundai Kona, its direct competitor. Hyundai Kona was launched recently at the starting price of Rs 25.3 lakh. MG eZS is expected to arrive India market around the festive season this year. The price range is likely to fall in the Rs 20-25 lakh bracket. MG eZS was launched in the UK in two variants, Excite and Exclusive.