MG eZS will be launched in December. The electric SUV is spied ahead of its launch in India.

MG Motor is about to launch their first vehicle in India market. Following the first vehicle MG Hector, MG Motor will continue its new vehicle onslaught with an electric SUV, the MG eZS. It is confirmed that the MG eZS will be launched in December this year. The MG eZS has already debuted in China while in India, it has been undergoing road tests under substantial camouflage. This has been confirmed by one of the latest sightings of the SUV. 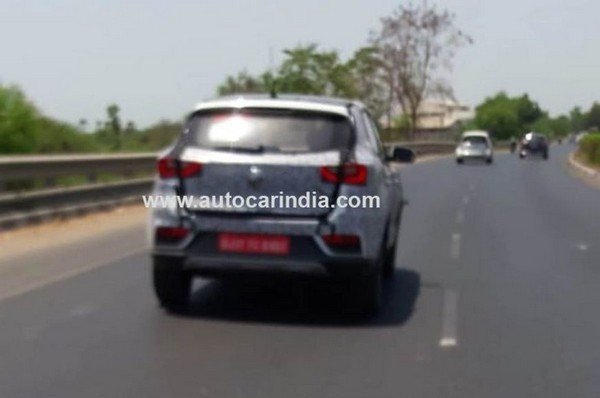 Based on the regular ZS, the MG eZS is going to feature the same design style. Unlike other electrified models, the eZS maintains the same grille from its ICU counterpart. Some changes will be introduced to signify its new identity, however, these modifications will not be significant. Interiorly, the eZS gets some noticeable changes, for example, the new interface of the infotainment cluster and new rotary knob for selecting driving modes.

The eZS will receive power from the 44.5 kWh battery pack which is mated to an automatic gearbox. This powertrain could deliver the maximum power of 150 PS and 350 Nm. MG Motor stated that the upcoming electric vehicle will receive a range of 350 km. In real-life driving, it is expected to have a range of around 300 km. It takes six hours to fully charge the battery pack. With the help of the DC fast charging technology, the eZS could charge up to 80 per cent in just 30 minutes. Notably, the eZS with its electric motor could offer a justiciable performance. It could do 50 kmph in 3.1 sec from a standstill. It is expected that MG Motor will price the eZS at around 25 lakh mark. It will directly rival the Hyundai Kona EV which also debut around the same time. Initially, MG eZS will be imported via the CBU route. Also, it is reported that only around 250 unit will be delivered to India at first. Considering the response from the market, MG will decide whether or not localize the electric version of the RS.