MG Motors has unveiled Gloster, which will be the manufacturer's full-size offering and will the much-loved Toyota Fortuner and Ford Endeavour in the Indian market.

MG Motors is wooing the journalists, prospective buyers, and enthusiasts with the cars of sizes L and upwards. With the unveiling of Hector Plus, it was obvious and taking the cover off their largest SUV has reinforced this statement further. The largest SUV here is the behemoth Maxus D90 err Gloster. The Maxus D90 sold internationally by the Chinese auto-giant SAIC in unveiled at the ongoing Auto Expo in India as MG Gloster. MG Gloster will be the third product from the manufacturer to go on sale in the Indian market.

The Gloster is going to take on a direct competition against the likes of Toyota Fortuner, Ford Endeavour, and Mahindra Alturas. To perform that job well, the Gloster measures at 5005mm in length, 1932mm in width, and 1875mm in height. These magnificent numbers will give the Gloster a road presence that buyers of this segment look for. 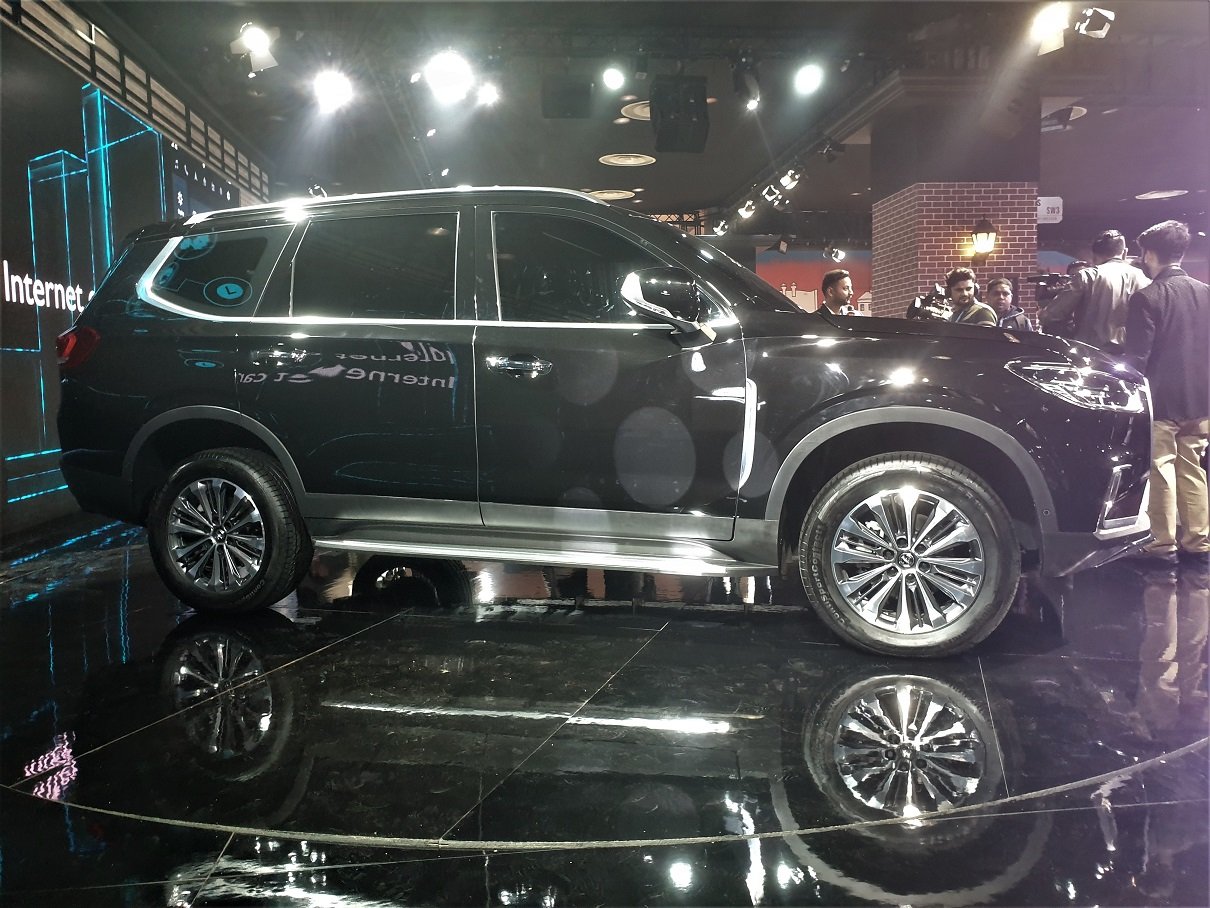 The Gloster will come with 2.0L BS-6 petrol and diesel engines.

The way Gloster looks would also add up on that road presence. It looks almost identical to the Maxus D90 sold in China. The front carries a massive grille, which is chrome laden. Accompanying the grille on both the sides are the swept-back headlamps infused with LED DRLs. The big-expanse of sheet metal on the bonnet is nicely creased. Lower down on the bumper the foglamp housing reminds of the way Hectors gets its headlamps. The sides boast of a massive glass area, which will give the cabin an airy feel. At the back, the D90 hasn’t been worked much, but the MG logo and Gloster badging will differentiate the two for sure. Gloster will be feature loaded to the brim and will carry an expected price tag of Rs. 30 Lakhs.

The China-spec D90 gets a 2.0L turbo-petrol engine, and it can produce 220 PS and 360 Nm as its peak output. There are 2 transmission options on offer, a 6-speed automatic and a 6-speed manual to choose from. However, there’s also a twin-turbo-petrol on offer on the China-spec car. It is capable enough to belt out an extra 120 Nm with an added turbo spooling it up. To handle that extra twisting force, it also gets an 8-speed automatic transmission in place of a 6-speed. We expect that Gloster will not get the powerful iteration of the 2.0L mill, instead, the lower-spec 2.0l turbo petrol and a diesel engine will find their way to the Gloster’s hood when launched in India, which will happen sometime around early 2021.