MG Hector Plus (7-seater) Expected To Launch By Year-End

Earlier, in February, we informed you that the MG Hector Plus will be launched in three-six months, which means that the SUV was originally slated for launch by August 2020. Now, however, it looks like unfavourable circumstances due to the pandemic might have pushed the launch of the car to the year-end.

The 5-seater MG Hector has had an excellent performance in the Indian auto market with a decent sales number. The six-and-seven-seater version of the SUV, which is named the MG Hector Plus, has been showcased at the Auto Expo. The Plus suffix indicates that the car will come with several additional seats inside the cabin and some exterior alterations.

The most remarkable thing which sets the MG Hector Plus from its donor vehicle is the addition of the seats inside, which makes the former comes in six-and-seven seater layout. While the six-seat version will get captain chairs in the second seat row, the 7-seat version will feature bench seats in the second and the rear seat rows. The dimensions of the SUV have not been revealed yet; however, they are expected to be increased, at least marginally, given its larger size. The MG Hector Plus's launch will be delayed until the year-end due to the COVID-19 pandemic.

Although the exterior alterations are marginal, the Hector Plus looks remarkably different from the Hector. The former sports a redesigned front with a newly-styled headlight system, a larger grille, more polishing DRLs and a new body-colored bumper. The 17-inch wheels are carried over from the Hector, which makes the car a little bit disproportionate, due to the large wheel arches. The alterations to the rear of the car are also harmonious with the front.

As regards the powertrain options, the Hector Plus will borrow the 1.5-litre gasoline burner, the 1.5-litre mild-hybrid motor and the 2.0-litre oil burner from the Hector. The transmission duties are undertaken by a standard 6-speed MT on all the motors and an optional 7-speed DCT on the hybrid version. 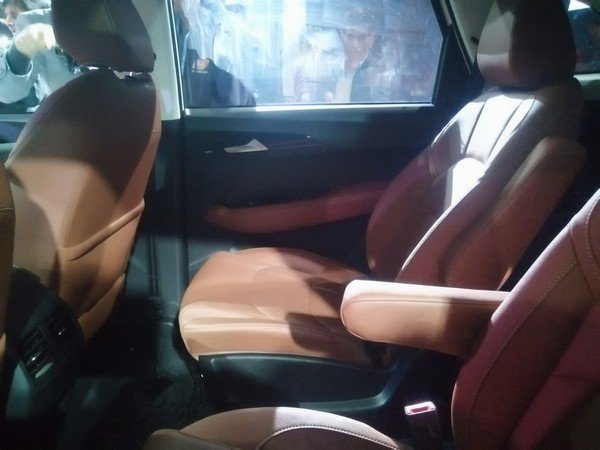 The 2020 MG Hector Plus will come with six-and-seven-seater versions.

With the additional seats and the upgraded exterior, the MG Hector Plus justifies its ‘Plus’ suffix. The SUV is also expected to be priced at a slightly higher range than its donor vehicle with the price gap being around INR 1.5 lakh. Once launched in India, the Hector Plus will compete against the Tata Gravitas, the Mahindra XUV500, etc.