In March 2020, MG Motor India retailed around 1,402 units of Hector and 116 units of ZS EV, which has helped it post respectable growth on YoY basis

In a time when almost every carmaker out there is suffering from huge dips in popularity, MG Motor India has managed to clock a respectable sales growth last month. In March 2020, the carmaker sold 1,518 units. At the moment, the company is offering two cars in the Indian market- Hector and ZS EV. Last month, the company sold 1,402 units of Hector and 116 units of ZS EV. The news of MG Motor India clocking a decent sales growth on YoY basis comes as a breath of fresh air as even more popular carmakers, including Maruti Suzuki and Hyundai, have suffered from an almost 50 per cent drop in their sales figures. A lot of this can be attributed to the general lack of interest in buying cars around the closure of a financial year and the huge setback suffered due to the outbreak of COVID-19.

This year, MG Motor India sold 3,130 units in January and 1,376 cars in February. The BS-IV stock of the Hector SUV across its dealerships and production facilities is almost over. MG has already commenced production of BS-VI compliant models. Right now, however, MG Motor has stopped the production of new models at its Halol facility in view of the global pandemic. 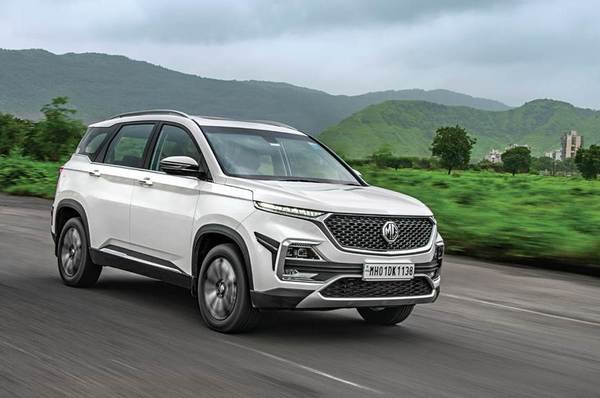 Moreover, the carmaker has donated Rs 2 crore to government hospitals and other health institutions which are providing medical assistance in Halol (Gujarat) and Gurugram (Haryana). It may be noted that the local subsidiary of MG has its corporate headquarters in Gurugram and its production facility in Halol. Moreover, to prevent Coronavirus from spreading, MG Motor India has now started home delivery of sanitized cars. At the moment, 30,0000 customers are waiting for the MG Hector and 3,000 buyers are waiting for their ZS EV.