MG ZS EV To Get Cheaper

Earlier this year, MG Motor launched the ZS EV as its second product for India after the Hector. The MG ZS EV is manufactured exclusively at SAIC’s Zhengzhou plant based in China and enters India in completely knocked-down kits, which are then assembled at the company's Halol plant in Gurajat.

“The Hector is more than 70% right now, and the ZS EV is very less right now but we are trying that it also crosses 30- 40% by next year”, said Mr Rajeev Chaba, the President & MD of MG Motor India on the localization of MG ZS EV.

As we know, the Indian government is promoting the adoption and development of electric vehicles. Last year, we saw them cutting the GST rate for EVs from 12% to just 5%. This year, in an effort to incentivize the local production of EVs, the Government hiked the customs duty on imports of EVs of 5 – 15%.

The MG ZS EV, being a CKD unit, should be impacted by the Government’s new action. However, as revealed by MG’s official, the ZS EV might end up being even more affordable due to the increased localization. MG ZS EV is now available in India in two trim levels, the Excite and Exclusive in the price range of around Rs 20.88 – 23.58 Lakh (ex-showroom), respectively. Currently, the ZS EV is sold in Delhi-NCR, Mumbai, Hyderabad, Bengaluru and Ahmedabad only but the availability will be expanded to other cities when the company achieves sufficient supply and charging infrastructures. 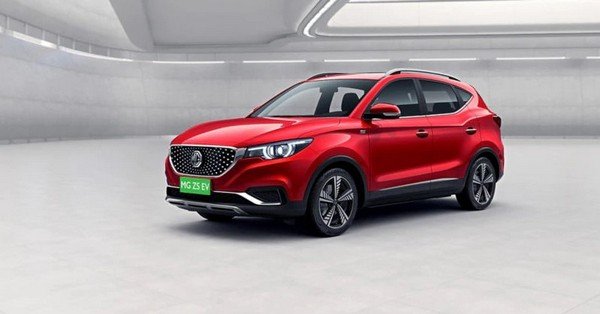 The MG ZS EV is packed with a 44.5 kWh liquid-cooled battery which can do an ARAI-rated range of 340 km. It comes with an IP-67 certified lithium-ion battery pack that ensures the water-resistance level of 1 metre in 30 minutes. The MG’s electric SUV takes on the like of Hyundai Kona Electric which is presently priced at around Rs 23.71 – 23.90 Lakh (ex-showroom). The Hyundai Kona Electric can be had at New Delhi, Mumbai, Gurgaon, Pune, Hyderabad, Bengaluru, Chennai, Chandigarh, Kolkata, Lucknow and Cochin.

In a recent development, MG has showcased the successor to the Hector, named the Gloster at the Auto Expo 2020. Reports also suggest that Chinese-owned British company is going to introduce the MG ZS Petrol in India in 2021. The upcoming SUV will compete with the VW T-Roc for a more affordable price sticker as it will also be locally assembled in India.