Maruti Gypsy was discontinued earlier this year but this car remains to an interested subject for car custom fans.

First introduced in 1985, Maruti Gypsy was one of the most popular off-roader models in the market. After over three decades in the market, the Gypsy had come to its end earlier this year. The upcoming emission norms require the Maruti Gyspy to be updated, however, the upgrading is far too expensive to yield profit for Maruti. That is the reason for Maruti to discontinue the Gypsy. Even though being discontinued, the Maruti Gipsy remains to be an all-time favourite for off-road fans across India. This model remains to be a favourite subject for the car custom circuit. Recently, DC NorthEast, a car custom garage shared images of a modified Gyspy with a brand new light blue exterior paint. 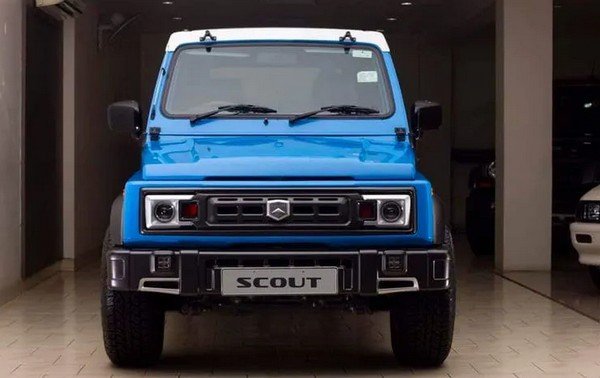 Other new details of the car include the redesigned front bumper and a revised grille with projector headlight. Together, these small updates create a distinctive front look for the customized car. To the side profile, this Maruti Gyspy is given after-market side mirrors, black-out fender along with new black 5-spoke rims. For the rear end, Maruti Gyspy gets a rear-mounted wheel. Added with some simple retouches, the modified car now looks unique without messing up the whole exterior to a great extent. The final result looks neat and clean, just like a car that just rolls off the factory. 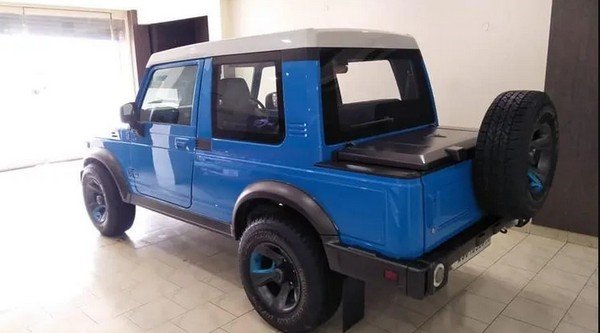 Being famous for its excellent off-road capacity, the Maruti Gyspy is able to conquer many terrains including the roughest without turning a hair. It is not revealed if the modified car is given any update regarding the interior. However, the original Maruti Gyspy has never been a well-equipped car. In fact, this car lacked some features that could be considered standard in the market like power steering, power windows or air conditioning. NO safety features are provided as well.

For now, there is no sign that Maruti will bring this model back to life. Speculation about the launch of Suzuki Jimny has been surfaced since last year. Even though Maruti confirmed earlier that the company will not introduce this car to the Indian market, some recent reports suggest that Maruti will launch the Suzuki Jimny in India market as an alternative for the now-discontinued Gyspy. For more car stories, visit IndianAuto.com.