Toyota has started with the deliveries of Vellfire across the country, and the very first car in Kerala goes to the South Indian superstar Mohanlal.

Toyota has launched the Vellfire in India at Rs. 79.6 lakh and the manufacturer has sold out the car for the next 3 months. The Japanese-carmaker has also started with the deliveries of the luxury MPV. and it seems like the celebrities in the country are also buying one to potter around in sheer comfort. The very first on this list is the south Indian superstar Mohanlal. The celeb is known for his exotic car collection and exciting performance on the big screen. The actor has got himself the luxury-MPV in white colour. It is also the very-first Vellfire to be delivered in the state of Kerala. The Vellfire is launched in ‘Executive Lounge’ trim only to seat 6 people in utmost comfort. The car comes with recliners in second-row, while the first and third-row seats are conventional chairs with heavy bolstering on all sides. All the seats are electrically controlled and are ventilated with cooling and heating option. To keep the occupants entertained, the Vellfire gets a 7.0-inch touchscreen for the infotainment system on the dashboard, while the second-row occupants get two-separate 10.2-inch HD display units. The car also comes with a host of other convenience features such as three-zone climate control, electric sliding rear doors, automatic tailgate, all-LED headlamps and tail lamps, leather upholstery, and twin-electric moon-roofs.

Also Read - Toyota-badged Maruti Ertiga and Brezza to Launch by 2021. 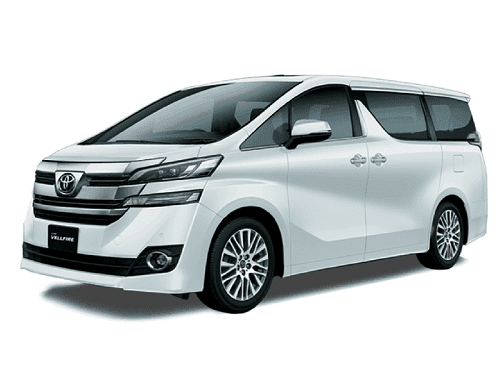 The hybrid setup aids the Vellfire with a fuel efficiency of 16.53 kmpl.

Dimensionally, the Vellfire is big with an overall length of 4935 mm, a width of 1850 mm, and a height of 1895 mm. It also boasts of a 3000 mm long wheelbase to offer immense legroom and knee room in all rows. Powering the Vellfire is a series-hybrid setup similar to the Lexus  NX 300H. It is an AWD setup which gets it power from a 2.5L petrol engine and 2 electric motors to develop a power output of 200 BHP. The 2.5L petrol unit has a rated power output of 115 BHP and 198 Nm, while the front and rear motors churn out 141 BHP and 67 BHP, respectively.

The Vellfire for India is a CBU import, therefore it will be imported in a fixed quantity, which is restricted to only 60 units a month. It competes with the like of the Mercedes-Benz V-Class, which has a starting price tag of Rs. 68.4 lakhs.