Tata is working on a new mid-size sedan - Peregrin and will be launched after the much-awaited micro-SUV HBX.

Tata Motors is constantly making efforts to increase its market share. The manufacturer made a great start to the year 2020 with the launch of Nexon EV and Altroz. The carmaker also gave the Tiago, Tigor, and Nexon a mid-life refresh, while updating the Harrier with a more powerful engine, automatic transmission and panoramic sunroof. The manufacturer, however, would not stop here. The carmaker is working on more than 10 new products which will be launched in a timeline of 4 years from now.The HBX micro-SUV, which will be launched later this year, will compete with the likes of the Mahindra KUV100 and Maruti Ignis. After this, the carmaker will launch the Peregrin in the Indian market, which will compete with the Honda City and the Maruti Ciaz. 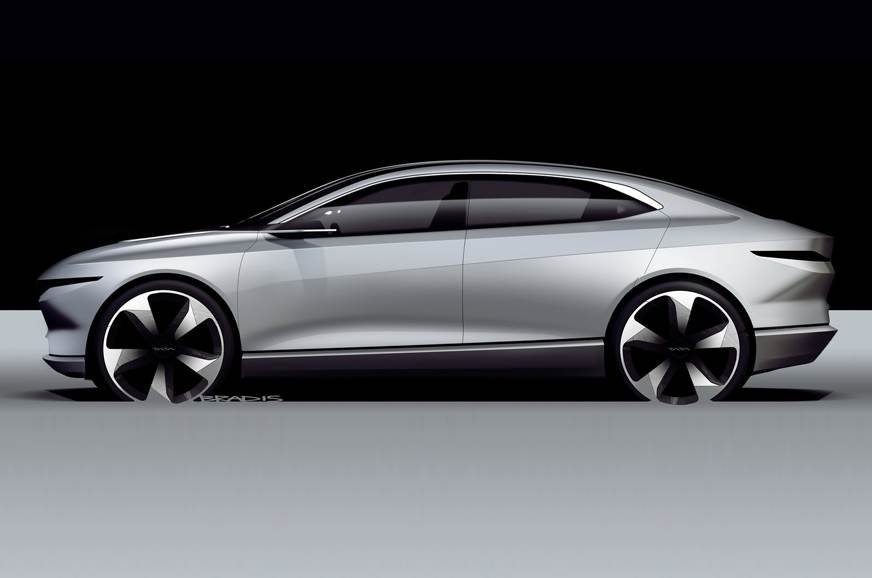 The mid-size saloon from Tata Motors will feature a fastback-like roofline.

For the Peregrin, the styling will play a crucial role in differentiating it from other products in the market. Like the Tigor, Tata might opt for a fastback-like silhouette or a jacked-up sedan with cladding and chunky wheel arches like the Volvo S60 Cross Country. The car would certainly borrow design cues from the E-Vision concept showcased by the company at the 2018 Geneva Motor Show.

In a recent conversation with Autocar India, Rajendra Petkar, Chief Technology Officer, Tata Motors confirmed that an Altroz-based sedan is in the pipeline. He quoted, “Today, we have the Tigor and we need to expand the range beyond it. The ALFA architecture allows us to do that and that is something we will be looking to do it in the near future. Who thought of Tata Motors when it came to SUVs like the Nexon? I think we have come a long way in terms of the brand and both in terms of the hatch and in terms of the SUVs we are there. The sedan is just a natural off-shoot of the architecture that you have. We have no doubt about the capability and living up to the brand.  If you look at the sedan segment per se, it’s not growing like the SUV (segments) are growing. But still, you know it is a sufficiently bigger pie, as per the total passenger-car segment is concerned. Therefore, I don’t think we can afford to neglect sedans. The question is the timing.” The Pregerin will borrow a lot of styling cues from the E-Vision Concept.

That said, the mid-size sedan from Tata Motors will be a mechanical twin of the Altroz. It will be underpinned by the ALFA platform and will share the same 1.5L 90 PS/ 200 Nm diesel engine. The petrol engine, however, is expected to be a 1.2L turbo-petrol unit from the Nexon. It will offer a maximum power of 120 PS and a peak torque of 170 Nm. An option of a dual-clutch automatic transmission could also be on offer. The Altroz sedan will lock horns with a slew of successful cars, including the Maruti Ciaz, Honda City and Hyundai Verna. Prices could start at roughly Rs 7 lakh. The new model will become the most premium production-spec sedan to wear a Tata badge.