BMW updates its logo with the unveil of i4 concept. For the first time in 103 years, the black outer ring is replaced with a transparent ring.

BMW, the renowned Bavarian car manufacturer, is known for producing high-end luxury cars and some of the most exciting performance cars in the world. The carmaker has recently released the i4 concept, which is an all-electric four-door fastback saloon. But alongside the i4 concept, BMW also showcased a logo for the brand. This is, however, the most radical change the logo has received in the last 100 years. It now has a transparent ring in comparison to the black ring seen on the outgoing logo. The overall design of the logo remains the same with white & blue chequered flag circumscribed inside the transparent ring. The ring has also retained the ‘B-M-W’ lettering inside the ring. 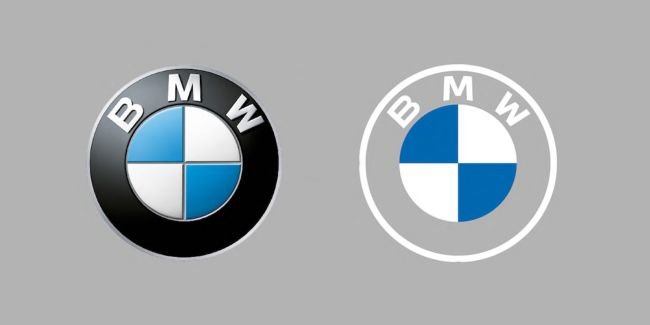 The new logo gets a transparent outer ring in place of a black outer ring.

Since inception, the black ring has been on the BMW long, and it is now that it has been replaced with a transparent one. According to Jens Thiemer, Senior Vice President Customer and Brand, the new logo acknowledges the brand’s long and rich heritage of 103 years while also carrying a minimalistic approach in its design. He further quoted, “BMW is becoming a relationship brand," (the new Tinder?) and the transparent logo was designed to "radiate more openness and clarity". The new i4 concept is the first car to wear the new logo.

Talking of the new BMW i4, which is the first car to get the new logo is was unveiled online as the Geneva Motor Show has been called off due to the coronavirus outbreak. The i4 concept is a pure-electric car that adorns the BMW’s four-door Gran Coupe silhouette to look sensuous from every angle. With an estimated range of around 435 kilometres and has a rated power output of 530 horsepower. Keeping the numbers aside, the i4 concept will be more powerful and ballistic than the M3, which is an ICE car. The BMW i4 is showcased digitally as the Geneva Motor Show is cancelled, where the car was initially planned to be revealed.

In terms of design, the i3 wears a dramatically-big kidney-shaped grille at the front along with a set of LED-headlamps, which are sharpest than those ever seen on any BMW car. The car also gets a full-glass roof like the Teslas and overall design is busy with sharp creases all around the car. The dashboard, however, is left un-cluttered with a curved display for infotainment unit and the instrument cluster. It also misses out buttons, there’s just one rotary knob in the centre console. We expect that BMW will try to keep the design theme in line with the production version of the car on the outside as well as on the inside.