The new Ford’s compact SUV named Puma will be launched in the international markets and in India for some time in 2020. The upcoming “American SUV” will rival the like of Hyundai Creta bitterly in times to come.

As in our earlier reports, we told you that Ford would be developing 3 brand new SUVs for India. The first one will be a C-segment SUV which is all set to launch by the year-end of 2020 or early 2021. It will be the first new product under the joint partnership between Ford and Mahindra. Apart from the collaboration works, Ford will introduce 2 new SUVs from its own, out of which one will be the replacement of the Ford Ecosport while another will slot into the mid-size SUV segment and challenge the likes of the Hyundai Creta, Renault Duster and Nissan Kicks. 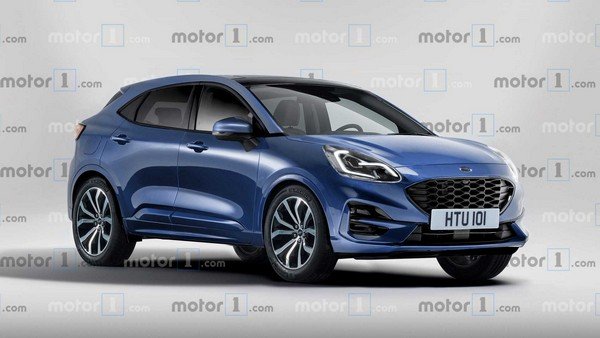 The new Ford SUV will be internationally named Puma. It will take on the like of Hyundai Creta when it hits the Indian market in 2020.

Codenamed BX745, the Hyundai Creta-rivalling SUV from Ford will be christened Puma in the global markets. It will sit in five-seat layout and is expected to share the same platform with the global-spec SsangYong Tivoli. Last month, the all-new “Ford Puma” had its global showcase in Amsterdam for the first time ever. Recently, an international publication Motor1 has also released the first rendering of the vehicle to give us a brief idea of how it could look like.

Apart from the platform, the new Ford SUV will borrow the engine from its partner- Mahindra & Mahindra Ltd as well. It will be packed with a 1.5-litre turbocharged diesel engine that also powers the Mahindra Marazzo. Currently, the mill is capable of producing 120 bhp of power and 300 Nm of torque.

The American carmaker has revealed its plan to invest as many as $500 million in the development of the two brand new SUVs including the Puma and the Ford Ecosport’s replacement for India. That said, it would be part of the company’s campaign to make India a manufacturing centre for its operations around the world.