The new-gen BMW X6 was launched on the global market earlier this month. Recently, it is seen undergoing test on Indian public road.

It seems that BMW India is currently working in full swing as it has just launched not one but two new models in the form of the India-spec flagship X7 and the 7 Series. The carmaker's new car offensive won't stop here as the company also plans to launch the new-gen BMW X6, which recently made it global market debut, in India.

Just like the X5, the new-gen BMW X6 employs the CLAR architecture. Compared to the outgoing model, the new X6 is longer by 26 mm and wider by 15 mm. It now measures 4,935 mm in length and 2,004 mm in width. On the other hand, the height is 1,696 mm, which is shorter than the older model by 6 mm. Changes regarding the dimensions give the new model a bolder and sportier design. Other than the dimensional twists, new-gen BMW X6 also comes with a bolder design in line with the company's latest language. For example, the front-end of the X6 now sees a larger grille, slimmer headlights and sleeker taillights. After the international debut, BMW X6 is seen doing road test in India

Inside the third-gen BMW X6, the infotainment system has been updated with a new BMW Live Cockpit Professional system comprising of a 12.3-inch touchscreen for the centre console and another 12.3-inch digital display for the instrument cluster. Other key updates include a new panoramic glass roof, thermoelectric cooling and heating options for the cupholder as well as a cabin fragrance pack. It also comes with a top-notch surround sound system from Bowers & Wilkins Diamond that features 20 speakers and a 1,500-watt seven-channel amplifier. Driving aids include a park assist system that manages steering, acceleration as well as braking to squeeze the car into a tight parking spot. 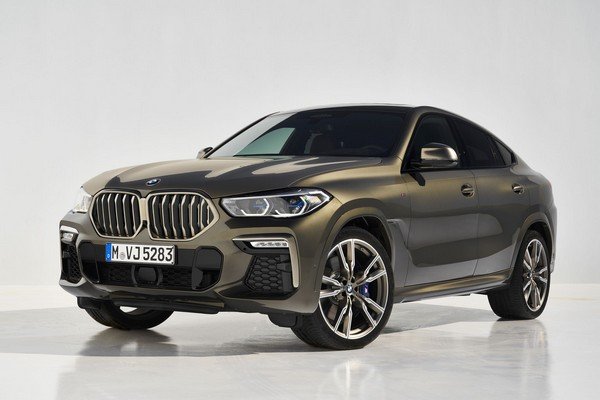