Maruti XL5 was spied again in heavy disguise. The WagonR-based premium hatchback is expected to be launched soon.

The Indian economy is experiencing massive sales slowdowns at the moment. Instead of being intimidated, carmakers in India are becoming even more active and constantly introducing new attractive products. Maruti Suzuki, as the leading car manufacturer in India, has shown many efforts in innovating and upgrading its current line-up. Recently, the Indo-Japanese carmaker has launched two all-new vehicles - the XL6 and S-Presso. After these two major launches, Maruti Suzuki will move towards introducing a premium version of the Maruti Wagon R. Named Maruti XL5, this new hatchback will be retailed via the Nexa dealership network. Ahead of its launch,  the Maruti XL5 was spotted on several occasions in heavy camouflage. The new hatchback was seen with blacked-out multi-spoke alloy wheels. However, it remains to be seen if the production version will come with the same feature. Spy pictures also revealed a new fascia for the XL5 with a different light setting, revised grille, new headlamps with projectors, redesigned bumper with LED DRLs. Towards the rear end, the upcoming hatchback will sport some minor updates including new LED taillights, high-set LED stoplights. Seen from the back, the Maruti XL5 does not appear too different from the original Wagon R. Just like the Wagon R, the Maruti XL5 continues to sport a high stance with a good ground clearance of 180 mm. 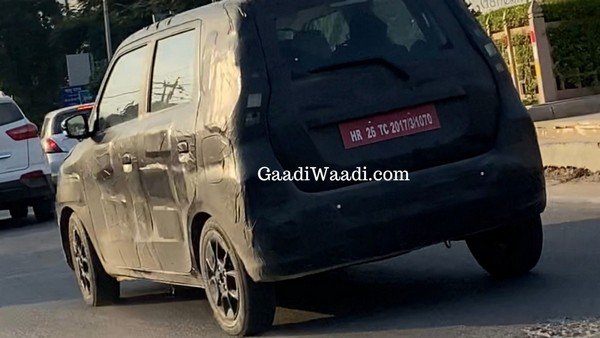 The interior of the Maruti XL5 is expected to come with an all-black interior theme. Moreover, it will be endowed with some additional upmarket features to signify its premium nature. The details of the interior updates HAVE not revealed yet.

In terms of the powertrain options, the premium XL5 is expected to come exclusively with the 1.2-litre petrol engine. On the other hand, the existing Maruti Wagon R is offered with two engine options including the same 1.2-litre and a 1.0-litre petrol engine. The 1.2-litre engine in both, the Wagon R and the upcoming XL5 are BSVI-ready and produce a maximum power output of 83 PS and a peak torque of 113 Nm. The engine will be paired to either a 5-speed manual or 5-speed AMT unit. There are chances of the SHVS mild-hybrid used on the Maruti Ciaz to be be offered on the Maruti XL5 as well. Find more car news and updates at IndianAuto.com.