New Toyota Fortuner TRD Sportivo variant is currently spotted. The new variant of the facelift Fortuner is expected to come with upmarket features for the interior.

Earlier this year, Toyota has launched the facelift Toyota Fortuner in Thailand. Upon its arrival, the Fortuner facelift is offered in two trims, a standard version and a sportier Legender variant. Recently, there are a couple of new images of an even sportier and more aggressive version of the existing Toyota Fortuner circulating across the Internet. This model is expected to be the new variant of the Fortuner. 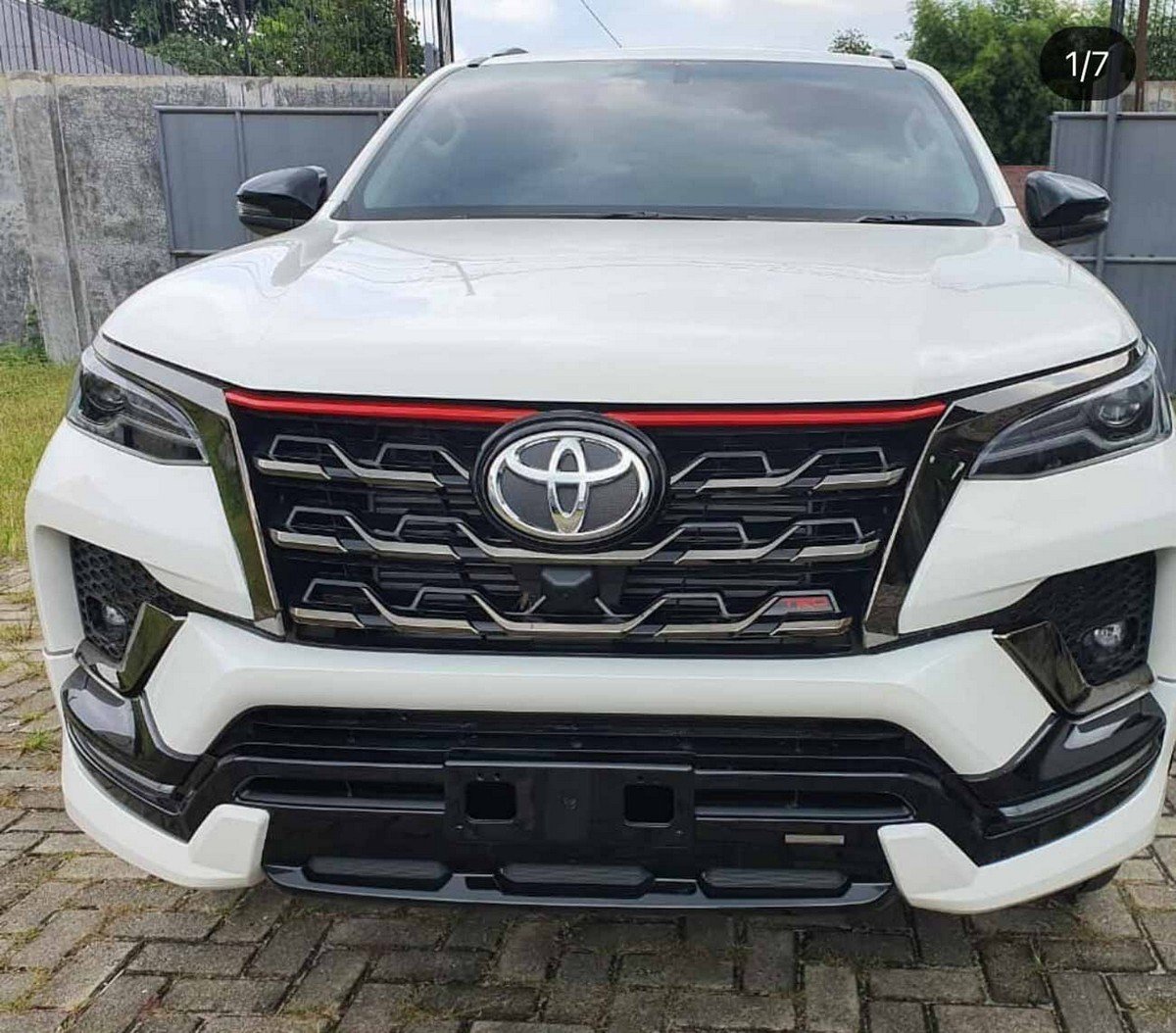 The Toyota Fortuner in question is no other than the TRD Sportivo variant of the Toyota Fortuner since the TRD badge on the front grille has revealed the real identity of the new model. The TDI Sportivo was spotted with white exterior paint. Compared to the outgoing regular version of the Toyota Fortuner, the TRD variant features some unique exterior design elements. On the front end, the TRD model comes with a revised front bumper and red inserts for the front grille. To the side, the TRD variant gets a set of dual-colour alloy wheels. The rear end is now equipped with LED foglight and LED fog lights.

Moreover, the brochure of the Toyota Fortuner TRD Sportivo is also revealed. As per this leaked document, the new variant of the Fortuner will come with a 9-inch touchscreen infotainment system with Apple Carplay and Android Auto connectivity, handsfree foot trunk release, wireless charger and 360-degree camera and more. In the meanwhile, Toyota Kirloskar Motor has not yet launched the India-spec facelift Toyota Fortuner. The pre-facelift Toyota Fortuner TRD Sportivo in our market is currently powered by a 2.8-litre diesel engine which generates a top power of 177 PS and a maximum torque of 450 Nm. This engine is mated to a standard 8-speed torque converter automatic gearbox with paddle shifters. Toyota Fortuner TRD is currently offered with two versions, 4x2 and 4x4 variant.  The all-wheel-drive model is priced at Rs 36.88 lakh while the regular 2-wheel-drive is available from Rs 28.66 – Rs 34.43 lakh (all prices, ex-showroom).