New Volkswagen Polo and Vento were caught testing again. Two models are expected to receive a couple of cosmetic and mechanical updates.

The updated Volkswagen Polo and Vento were caught bare of disguise last month. Recently, a new set of spy images have once again brought the focus to the new models ahead of their official launch. The new Polo and Vento are going to sport some significant cosmetic and engine updates. For example, the Volkswagen Pole features a revised bumper, a new honeycomb grille in lieu of the chrome-slatted grille and new taillight housing. On the other hand, the new Volkswagen Vento comes with the same design on the bumper while receiving new honeycomb mesh grille as well as Vento Cup Edition alloy wheels. The rear end of the Vento will get a new faux diffuser to boost up the sportiness. Volkswagen Polo and Vento are seen with some exterior updates

The current model of the Volkswagen Polo is available with two petrol engines, a 1.0-litre naturally aspirated petrol engine along with a 1.2-litre turbo petrol motor. The diesel range of the Polo is powered by only the 1.5-litre turbo diesel engine. Volkswagen Vento also comes with two petrol engines and one diesel motor. However, it gets a totally different set of engines, including a 1.6-litre MPI naturally-aspirated petrol motor, a 1.2-litre turbo petrol as well as a 1.5-litre turbo diesel engine. However, these engines do not comply with the new BSVI emission standards. It is expected that both of the Polo and Vento will receive updates regarding their engine range. The BSVI 1.0L TSI turbo petrol engine is expected to make it to the new versions of the Vento and Polo. 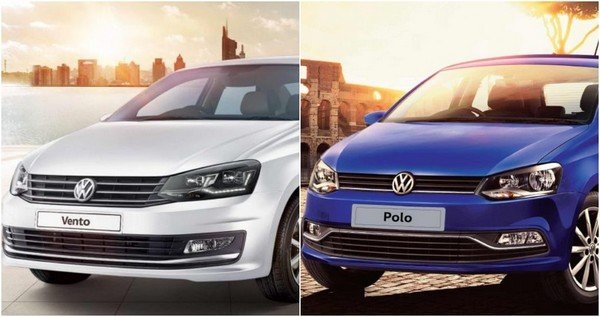 After receiving both cosmetic and engine updates, the prices of these vehicles are expected to hike up. At the moment, Volkswagen Polo is on sales at the price from Rs 5.71 lakh to Rs 9.72 lakh. It rivals against the likes of Maruti Baleno, Honda Jazz and Hyundai Elite i20. While the Volkswagen Vento which is priced from Rs 8.64 lakh to 14.34 lakh is pitting against the Hyundai Verna, Honda City and Maruti Ciaz and Skoda Rapid on the C- sedan segment.