Tata Motors first introduced the Tiago hatchback back in 2016 as a part of refreshing its whole model line-up. The car was aggressively priced against its competitors, and its safety quotient has played a major role in its constant sales growth. Furthermore, Tiago’s spacious cabin along with some added features has also attracted a lot of domestic buyers. Tata Tiago is one of the top-selling products in the carmaker’s lineup.

Also Read: Have You Checked Out the TVC for the Tata Tiago Facelift? 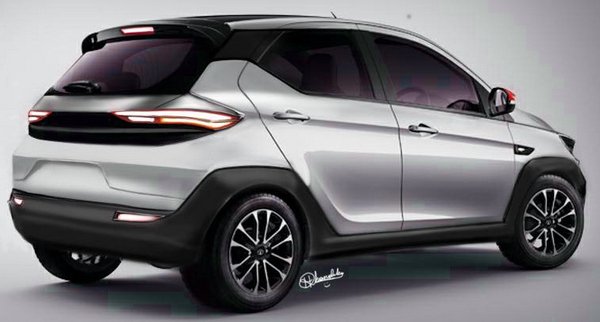 Tata also launched crossover inspired model of the hatchback named as Tiago NRG in 2018 and afterwards, in the same year, Tata launched a performance-oriented version of the car named- Tiago JTP. Tata Tiago JTP is most-affordable performance car offered in the Indian market. The JTP derives power from a 1.2-litre, Revotron petrol unit that produces 114 PS of power output. Moreover, Tiago was the first Tata car to employ three-cylinder, Revotron petrol and diesel engines that are now widely sold across the carmaker’s line-up.

This year, Tata has already launched Tiago and Tigor facelifts along with 2020 Nexon, all of which are based on the company’s latest Impact Design 2.0 language. The new-gen Tata Tiago is slated to arrive in our markets in the near future and will be underpinned by an all-new platform. The company has said that the production-spec HBX will be the smallest car to have ALFA architecture but, we belive, that will be true only until the next-gen Tiago. Even the Tata Altroz is based on the same platform. Most of Tata’s future models, which are below 4.3 metres will be based on this platform. Recently, we have got our hands on a rendering of the new-gen Tata Tiago which borrows its design cues for Altroz. The rendering artist has used Tiago JTP and has tweaked the design of taillights, tailgate structure, and rear bumper. The blacked-out cladding employed on the lower part of bumper along with wheel arches has enhanced the sportiness quotient of the car. The rendered Tata Tiago looks wider compared to the ongoing model, though it continues to get the same set of alloy wheels.