Hyundai teases a sportier version of the next generation Elite i20, and it is expected to belt out more than 200 horses.

Hyundai has recently unveiled the next generation i20 digitally. The car was scheduled to be unveiled at the 2020 Geneva Motor Show, which was called off due to the novel CoronaVirus outbreak. The manufacturer has now released a video that teases a sportier variant of the new Elite i20 with some extra aerodynamic elements, such as the roof-mounted spoiler and skirts all around the car. The car in the teaser video can be seen wearing a red accent on the side skirt, further confirming that it as the N-Line variant of the new Hyundai i20.

Also Read - New-gen Hyundai i20 N Model To Be Twice As Powerful As Regular Models. 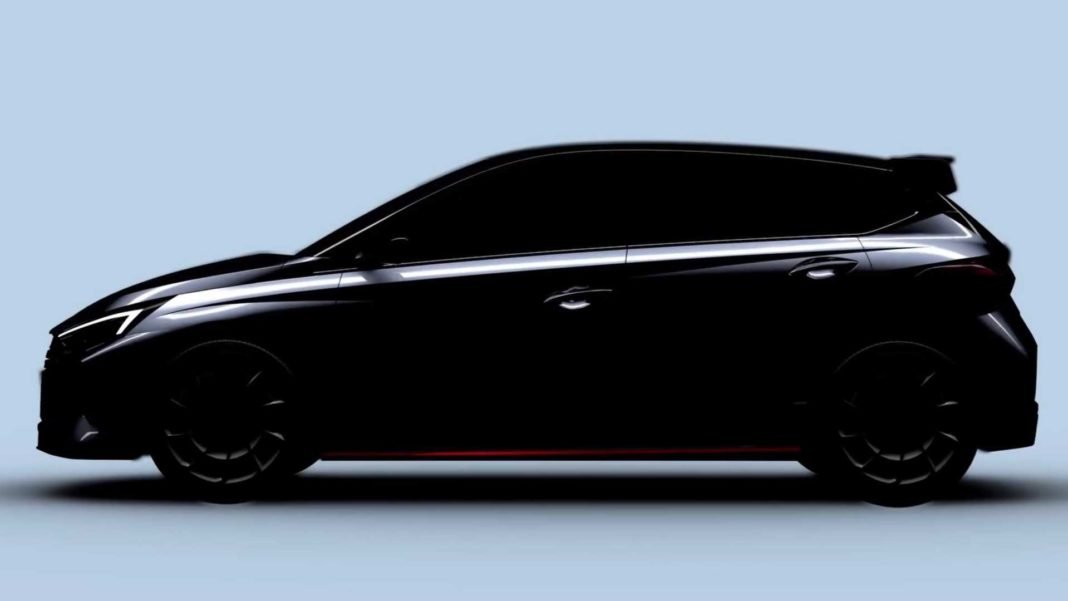 Teaser image of the next-gen Elite i20 N.

The previous generations of the i20 were kept away from this sporty trim offered on other Hyundai cars. Thus, it will be the first time i20 buyers will get an option to go for a sportier and wilder version of the premium hatchback. The N-Line variant will sport larger rims than the regular variants. It will also get restyled bumpers with splitters, side skirts and a spoiler to give the car some extra downforce in order to improve its road grip.

The Hyundai i20 N will feature the same cabin as the regular car, but it is expected to be draped in a shade of black with red accents and stitching on the upholstery. The AC vent surrounds will also follow suit. Apart from these cosmetic add-ons, the most important change on the i20 N will be its powerplant. It is expected to be propelled with a 1.6L direct-injection turbo-petrol motor, which will produce over 200 ponies as its peak power output. The transmission duties are expected to be performed by a 6-speed stick shift, making it a true-blue hot-hatch for the enthusiasts. Rendering of the next-gen Elite i20 N.

Although, the Hyundai i20 N is not expected to be launched here in India anytime soon, it will be its regular variants that will make their way to the showroom floors in India with a different set of engines in the month of August. However, the current generation of the car is sold in India with a 1.2L 4-cylinder Kappa motor that belts out 83 PS/114 Nm and a 1.4L turbo-diesel that churn out 90 PS/220 Nm.