Early last week, the next-gen Mahindra Scorpio was spotted undergoing testing on the roads near Chengpalpattu in Tamil Nadu for the first time. Based on these spy shots, IAB’s digital artist has worked on the first rendering of the new-gen Scorpio to preview its futuristic look. 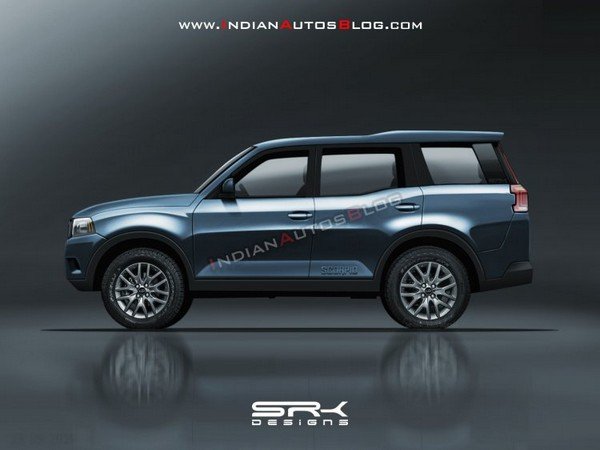 The latest-gen Mahindra Scorpio has been imagined in an exclusive speculative rendering, giving us some clues about the exterior of the vehicle.

The 2020 Mahindra Scorpio will see a host of cosmetic distinctions over the current-gen version. In a bid to make a plusher and more sophisticated off-road focused SUV, Mahindra has given the new-gen SUV a comprehensive update, right from the front bumper to the rear one. It will carry a huge difference in terms of design as compared to the original model, which was introduced way back in 2002 but still retains some traditional characteristics. The all-new Scorpio is expected to carry over a host of cosmetic identities compared to the preceding version.

The rendered Mahindra Scorpio shows off a new-age silhouette with sportier alloy wheels, a noticeable rise in the beltline, a set of contemporary headlamps and much more. While the outgoing Scorpio gets an upright stance, the next-gen model looks little hunchbacked due to the raked back glass, which has become a trend in the SUV market in recent times. The side profile of the car could feature flared wheel arches, a new alloys design, stepped roofline and Scorpio lettering on the base of the rear doors. The rear overhang seems to be stretched up a bit, which drops a hint at more roominess on the inside. The rear end of the Scorpio features a redesigned tailgate with rakish glass along with a pair of bigger vertical tail lamps.

Overall, the new-generation Mahindra Scorpio will be chunkier than the current-gen vehicle, which currently stands at 4,456 mm long, 1,820 mm wide, 1,930 mm height along with a wheelbase of 2,680 mm. The 2020 Mahindra Scorpio will join with the next-gen Mahindra Thar to sit on an updated ladder-frame chassis. Mechanically, the new-gen Scorpio will be powered by a 2.0-litre diesel engine which is slated to be 80 kg lighter than the existing 2.2-litre oil-burner unit. This mill will be capable of generating maximum power of 160 HP and will be available with 6-speed MT and 6-speed AT gearbox options. It remains to be seen if the SUV would employ a 4WD system.