0 0
Launched in January this year, Nissan Kicks now is slacking off, selling even less than the not-so-popular Terrano.
People also view

Before its introduction in India, the Nissan Kicks was among the most anticipated models among the SUV buyers. However, after the initial hype, the Kicks has seen a drastic slowdown in its sales. Last month, only 128 units of the Kicks were sold, which is even lower than the now-discontinued Nissan Terrano. Nissan sold 132 units of the Terrano which were from the remaining stock of the company's earlier contender in the small SUV segment. Interestingly, the Nissan Kicks is meant to be a replacement for the Terrano. Nissan Terrano is now discontinued and replaced by the Nissan Kicks

Nissan Kicks is currently on sale at a base price of Rs 9.55 lakh. The disappointing performance of the Kicks might prompt Nissan to offer a huge price cut in the following months. Currently, Nissan is already offering a substantial discount, including a direct cashback of Rs 70,000. Benefits like three-year extended warranty, free services and roadside assistance are also on offer. On the other hand, there is no official discount for the Terrano from Nissan’s part. However, the dealers might offer some lucrative discounts to clear up the stock. 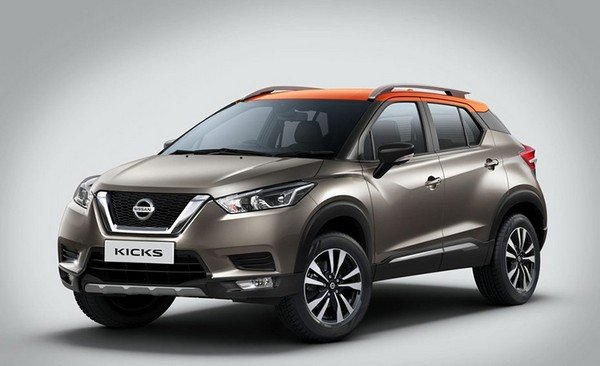 Nissan Kicks is expected to get an automatic version soon

On the feature front, the Nissan Kicks is equipped with a lot of equipment. It comes with ABS, dual front airbags, traction control, hill-start control, along with the segment-first full-view camera. Nissan Kicks shares the platform with the Terrano but inside the Kicks, there is a clear distinction as the Kicks is more feature-laden and feels more premium. It gets a touchscreen infotainment system with Android Auto, Apple CarPlay and navigation, automatic climate control, cruise control, push start-stop button, rain-sensing control, as well as automatic headlights.

Nissan introduced the Kicks with two engine options, a 1.5-litre turbo diesel engine and a 1.5-litre petrol unit. The former churns out the maximum power of 108 Bhp and 245 Nm while the latter could develop 106 Bhp and 142 Nm. Both the engines are available with manual transmission only. On the other hand, the Nissan Terrano used to be available with an optional AMT unit for the 1.5-litre diesel engine and a CVT for the petrol model.

To get the latest updates about the automobile industry, visit IndiaAuto.com