Porsche has released an amazing feature- to print the driver’s fingerprint on the car hood, which has generated a lot of heated debate.

Porsche is well-known for its ability to realize what drivers desire from their vehicles. Recently, after years of offering innumerable customisation options, the German automaker has eventually introduced a brand-new technology: to allow the driver to print a massive fingerprint on the car hoods. This printing technology is really unique since instead of wraps and decals, a computer-controlled paint deposition machine which allows complex graphics to be directly printed onto the body panels are utilized. 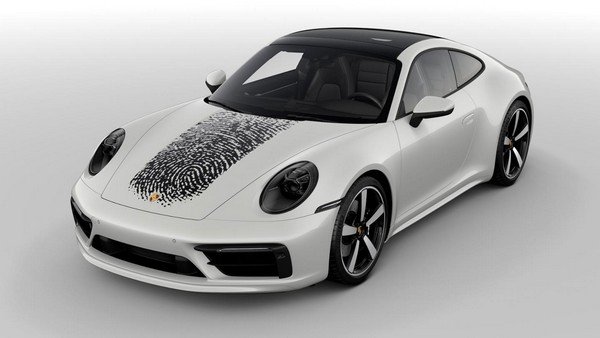 This tech is described by Porsche to be a type of highly modern inkjet printer. Direct printing allows the production of the designs with a superior look and feel, which cannot be generated by traditional painting. The production principle is similar to that of an inkjet printer: with a print head, the paint is automatically applied to three-dimensional components without overspray. Porsche AG’s Vice President Production Development, Christian Will, commented that, The technology is available to owners who pay around $8,000 (about INR 58 lakh) for their fingerprint to be printed on the new Porsche 911. Porsche also explains that “no design can be more personal than your own fingerprint.” Nevertheless, many people have expressed their concerns about the security issues associated with printing the drivers own fingerprint on the car hood. Whether this new technology can produce desirable outcomes remains to be seen but for the time being, it is a really interesting function. For more such interesting car news and stories, keep following IndianAuto.