Renault Triber HBC will be launched next year. This sub-four-meter SUV is expected to come with competitive pricing.

Renault is currently finding itself struggling to keep a stable sales performance owning to the big slowdown of its major product, the Kwid. The launch of the Renault Triber is expected to get the sales back on track. The initial sales result of the Triber has shown positive responses from the customers. However, it is unlikely that with the Renault Triber only, the French car manufacturer can reverse the situation. It is necessary that Renault has to come up with new products to push the sales upward. 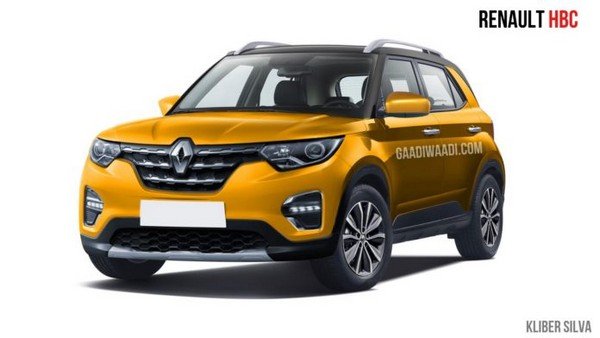 Codenamed HBR, Renault’s sub-four meter SUV is expected to launch next year. By the time the Renault HBC arrives, the market will have been saturated with many competitive models. For the time being, the sub-four-meter SUV is witnessing stiff rivalry among models like Hyundai Venue, Maruti Brezza, Mahindra XUV300, Tata Nexon, and Ford EcoSport. Renault HBC is expected to be priced competitively

Basing on the Renault Triber’s design, a render of the Renault HBC is created. In the rendering version, the Renault HBC features sharp headlamps with projector, a familiar U-shaped grille, horizontal LED DRLs, a dominant air dam, dual-tone exterior colour scheme, front skid plate, and chrome-finished door handles. On the inside, it is expected that the Renault HBC will feature a touchscreen system with Apple Carplay and Android Auto support. Some features that are likely to make it to the production version include cruise control, push-button start/stop, voice command and more. In terms of powertrains, Renault HBC might receive power from the BSVI 1.0-litre turbocharged petrol engine which can team up with either a five-speed manual or an AMT transmission.