The Renault Kwid EV will be launched as the Dacia Spring in Europe in the first half of next year. The upcoming EV has been revealed in the concept form.

The Dacia Spring EV is actually the European version of the China-spec Renault City K-ZE, which is the all-electric version of the Renault Kwid in India. The Dacia Spring EV comes with a pastel grey exterior paint scheme with fluorescent orange highlights that give it a stylish appearance. With a length of 3.73 metres, the environmentally-friendly car is quite small, which makes it an ideal option for commuting purpose. 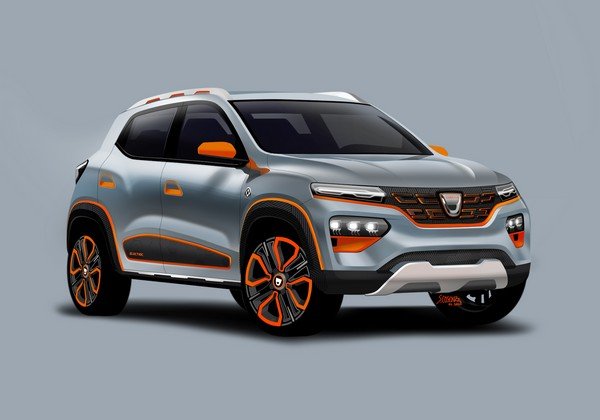 The Dacia Spring concept comes with some a modern lighting design.

It has extra high ground clearance and stylish front and rear bumpers mounted with faux skid plates. The aggressive design of the all-LED headlamps gives it a confident presence. These units are fitted in two ways: a horizontal strip is located on the upper section and four graphic features are mounted to the bumper. In the rear, the four full-LED taillights have a double-Y effect. The Spring Electric concept also marks the debut of the company's future lighting design.

As regards the technical specifications, this Dacia will offer a range of more than 200 kilometres on a single charge. For your information, the City K-ZE receives its power from a 26.8 kWh battery package which offers a range of 271 km. Its electric motor generates 44.87 PS against 125 Nm. The EV takes about four hours to be charged from null to the fullest using an AC normal charger and about half an hour to be charged from 30% to 80% using a DC fast charger. 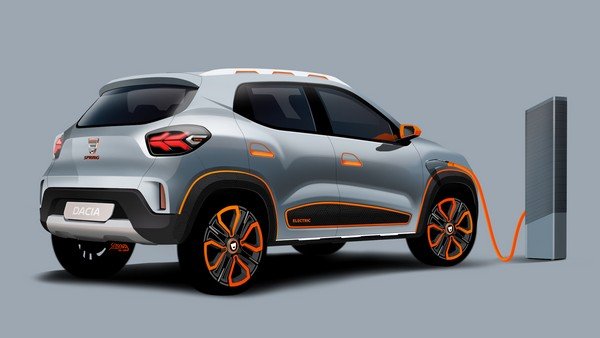 The Dacia Spring EV will offer a range of over 200 kilometres per charge.

While the Renault Kwid EV is India-bound, it doesn't look like it would be here anytime before the advent of the next-gen model. Currently, the local subsidiary of the French carmaker is focussed on developing new models based on the CMF-A+ architecture of the Triber. The Dacia Spring is expected to be the most affordable EV in Europe. Besides offering the EV to private customers, Dacia is likely to provide the Spring EV for car-sharing service. Renault Group has recorded success in Europe with EVs like the Kangaroo, the Twizy, the Zoe and the ZE.