Tata Altroz EV is one of the four cars that manufacturer has announced to launch in next 24 months, and thus, a late 2020 launch is expected with a similar powertrain as the Nexon EV. 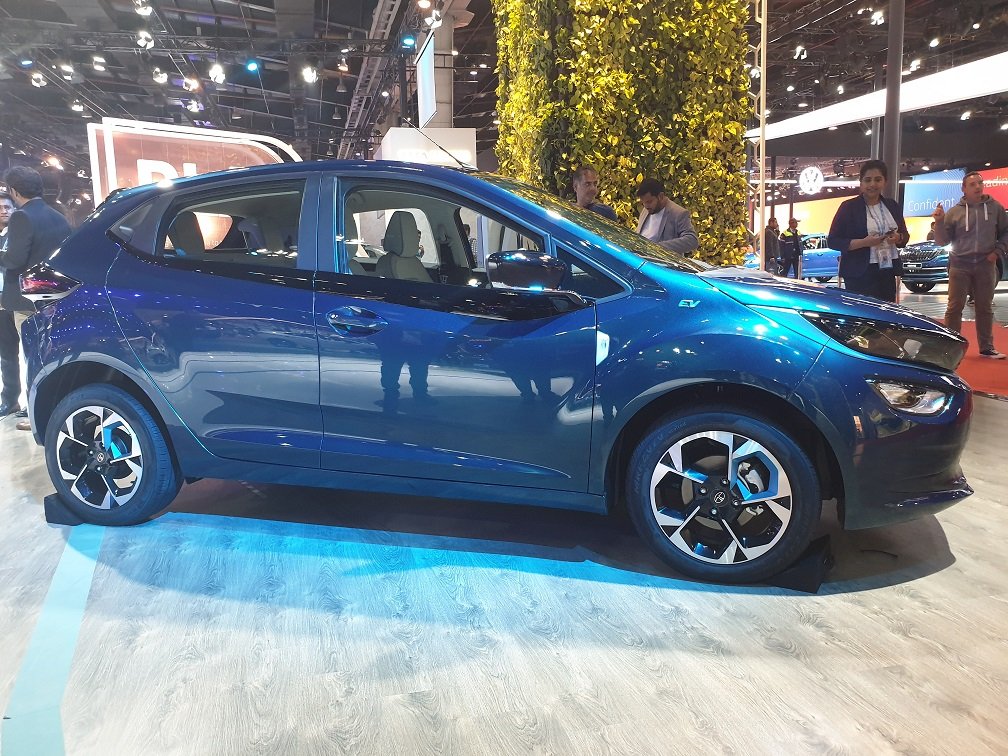 Tata Altroz EV is expected to be launch aorund late 2020 as the manufacturer plans to launch four new EVs in next 24 months.

Tata Altroz EV is expected to get the drivetrain from the Nexon EV but in a milder state of tune. The power and torque output figures are expected to be capped at 90PS and 200Nm respectively, identical to what Nexon gets with its diesel avatar. With a permanent magnet AC motor getting its juice from a lithium-ion battery mounted under the floors just like the Nexon EV, Altroz EV will have an expected range of around 300kms. The much-hyped ALFA platform’s capability to mount a battery underneath the car and its lightness would be helping it do so. The Altroz EV will get a Teal-Blue inserts on out the outside and inside just like the Nexon EV.

The Altroz EV would look identical to the car that we saw at the auto expo. It is, however, a little different in comparison to the diesel or petrol powered variants of the Altroz. The EV wears blue-inserts in place of piano-black as seen on the fossil fueled car. Also, the interiors will follow the EV-specific design theme, as that will be standard on all Tata cars powered by the  Ziptron EV technology. Since there’s not much that has been changed on the Altroz EV and the platform is compatible enough to hold on a battery underneath and a motor under the hood, there’s not much left to do in order to introduce the car to the market. Thus, a late 2020 launch is speculated for the Altroz EV. However, it would be exciting to see how Tata Motors would price the Nexon EV, as the prices for Nexon EV starts at Rs. 13.99 Lakhs.