Tata Cassini NRG Speculative Rendering: What Should It Look Like?

As of now, there are many media channels saying that Tata is contemplating with the idea of equipping the Tata Cassini with a four-wheel-drive system. Here's the latest render which illustrates how the Tata Cassini NRG should look like.

Earlier last month, the Tata Buzzard had its world’s premiere in a near-production form at the Geneva International Motor Show 2019. Ever since various reports have suggested that the Buzzard will head back to its native land with a rechristened nameplate- Tata Cassini. Other than that, the domestic automaker could be, in essence, reflecting on upgrading the already-launched Harrier and the upcoming Cassini with a 4x4 drivetrain system. A digital illustrator from Indian Autos Blog has speculatively rendered a more rugged version, dubbed the Tata Cassini NRG. Carmaker reveals nothing about the arrival of the Tata Cassini NRG up to now. Here's what it might look like if it's launched in India.

The seven-seater Tata Cassini NRG looks ultra-cool in this speculative rendering. The aesthetical package here comes with some subtle changes, thereby leading to a more masculine and handsome looking SUV compared to the standard version. Based on the IMPACT 2.0 design language, the Cassini NRG sports a confident look with the length and height extended by 63 and 80 mm over the Harrier. The seven-seat performance-spec Cassini NRG features a plastic body cladding while enjoying an increased ground clearance and a new set of off-road spec tires. The skid plate with a new tow hook is placed up front while a luggage storage box and a LED light bar are mounted on top of the roof, which, all the ways, roll out a sense of stellar competence and sportiness. The SUV wears a distinctive cloak of golden-silver shade highlighted with all-black door handles that make its way matching with the overall side angular look. 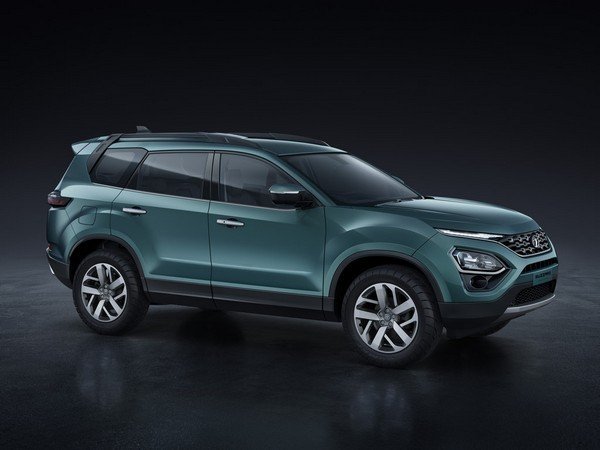 According to some recent publications, the stock version of Tata Cassini will employ the Harrier’s 2.0-litre Kryotec170 diesel engine yet with a more potent state of tune. That said, the Cassini’s Kryotec170 diesel burner can make a maximum power of 170PS along with a max torque of 350 Nm units. A 6-speed manual gearbox from the Harrier and a Hyundai-sourced6-speed automatic torque converter unit might be the transmission options. The latter, reportedly, will make its way to the current five-seater Harrier as well.

The India launch of the Tata Cassini will commence after the advent of Tata Altroz, presumably after the festive season of 2019. To ensure a warm welcome as same as the Harrier sibling, the Tata Cassini might be positioned at a competitive pricing bracket of Rs 14-15 Lakh (ex-showroom, India).