In its near-production guise, Tata H2X (Tata Hornbill) will have its premiere at the Auto Expo 2020. The Hornbill will rival the likes of Maruti Suzuki Ignis and some others in its segment.

Tata has officially released a teaser image for the Tata Hornbill micro-SUV in its near-production guise ahead of its debut at the upcoming Auto Expo 2020. The Hornbill will be based on the Tata H2X concept which was first showcased at the company’s pavilion at the 2019 International Geneva Motor Show, previewing the arrival of a micro-SUV to the Indian auto market. A few heavily-concealed test mules of the H2X have been caught on roads multiples times now, hinting at the launch of the car soon. 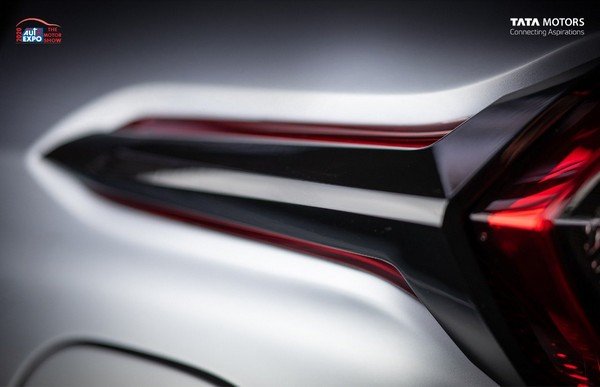 Production-spec Tata H2X model has been teased by the company recently, revealing its triangle-shaped taillamps design

Following the company’s latest IMPACT 2.0 design philosophy, the Tata H2X will carry the same front fascia as the Tata Harrier as well as the recently-launched Tata Altroz and Tata Nexon facelift. Spy shots also reveal the split-headlamps design of the car along with a sleek grille and a tri-arrow styled air-dam mesh. The new car’s triangle-shaped taillamps design has also been hinted in the official teaser image as well. Tata H2X concept was first revealed at the 2019 Geneva Motor Show, previewing the launch of a micro SUV for India

The upcoming production version is expected to get similar proportions as the H2X concept, which means the Hornbill might measure 3,840 mm long, 1,822 mm wide and 1,635 mm high with a 2,450 mm long wheelbase. These figures make Tata’s all-new micro-SUV bigger than the other crossover-ish hatchbacks like Maruti S-Presso and Renault Kwid by quite a margin. Tata H2X (Tata Hornbill) will come with a single 1.2-litre Revotron engine that is compliant with the BSVI standards

On the inside, the production-spec Tata H2X is expected to get various colour-coded bits to spruce things up inside the cabin. Higher-spec variants might offer a free-standing touchscreen infotainment system and a big sunroof. On the safety front, the new micro-SUV is likely to be equipped with dual airbags, ABS with EBD, rear parking sensors, etc., as standard. The new Tata car is underpinned by the ALFA modular platform that debuts in the recently-launched Tata Altroz. Under the bonnet, the production-ready H2X will be powered a BSVI-compliant 1.2-litre Revotron petrol engine as seen in the Tata Tiago facelift. It is capable of putting out 86 PS of max power and 114 Nm of torque and can come mated to a 5-speed MT or an AMT as an option. There’s a speculation on the electric version as well, which is featured with the company’s Ziptron tech introduced in the Nexon EV.

Aside from the production-spec Tata H2X, Tata will also bring in a lot of vehicles to the Auto Expo, including the seven-seat Tata Gravitas, the BSVI-spec Tata Harrier and many other passenger and commercial vehicles.