Among all the homegrown automaker, Tata Motors occupies the top space if we talk solely about the design. The trend of stylish and modern looking cars started from Tata Bolt, and now, the automaker offers good-looking cars like Harrier, Nexon and Altroz, which have already made a name for themselves in their respective segments. At the 2018 Geneva Motor Show, Tata Motors showcased the EVision concept, which will spawn a production-spec three-box model. The upcoming sedan will compete with the likes of Maruti Ciaz and Honda city and will likely share aplenty with the Altroz. Recently, Sejwal Yogi, a digital illustrator, shared a digital render of the productiom model, and we must say, the Altroz-based sedan looks striking enough.

Also Read: Tata Altroz, Tiago, Nexon, Harrier Etc Can Be Bought Even in Lockdown, Here's How Upfront, the rendered model gets sharp-looking headlights. The LED DRLs looks futuristic and are placed beneath the headlamp cluster. The front fascia of the sedan looks sporty and aggressive. Moving towards the side, it features flared wheel arches which enhance the sportiness quotient of the car. Moreover, the piano black side mirrors and blacked-out B-pillar look quite upmarket. Usage of hidden door handles, along with the coupe-like roofline, is another smart touch. 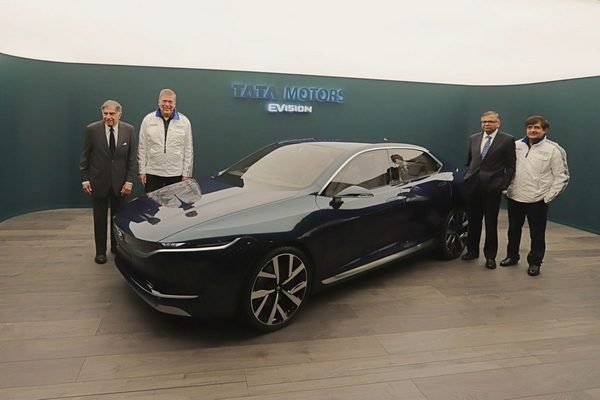 For this year, the carmaker has plans to launch Gravitas (7-seater Harrier), HBX (micro SUV) and BS6 Hexa. Tata Gravitas is expected to hit the Indian markets this summer season. The all-new SUV will derive power from a 2.0-litre, four-cylinder, Fiat-sourced, oil-burner that puts out power and torque outputs of 170 PS and 350 Nm. The diesel motor will come coupled to a six-speed MT and 6-speed torque converter automatic gearbox. Once launched, the all-new SUV will compete with the likes of Mahindra XUV500.