Tata Motors has introduced a new XZ+(S) variant in the Nexon lineup. The new variant will fill the gap between the XZ+ and XZ+(O) trims.

Tata Motors launched the Nexon facelift early this year in January. Alongside the Nexon, the carmaker also launched the facelifted version of the Tiago and Tigor. The facelifted versions featured BS-6 engines and a set of other updates. The Nexon was launched with a starting price of Rs. 6.98 lakh, and in 8 variants – XE, XM, XZ, XZ+, XZ+(O), XMA, XZA+, XZA+(O). Now, the carmaker has introduced another trim on the Nexon – XZ+(S).  It is based on the top-end XZ+(O) trim and will fit in between the XZ+ and XZ+(O) variants. The petrol-powered XZ+(S) trim has been priced at Rs. 10.10 lakh while its diesel counterpart is priced at Rs. 11.60 lakhs. 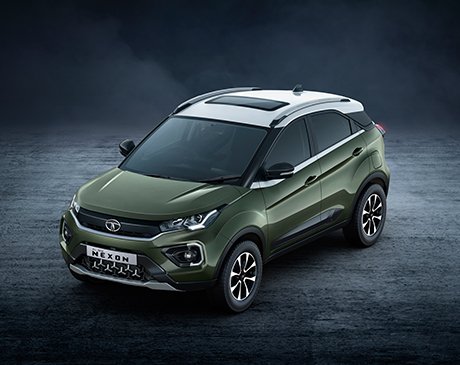 Tata Nexon will now be available in a total of 9 variants.

The new XZ+(S) variant is introduced to fill the void that was left out by the XZ+ and XZ+(O) trims. It was only the latter that came equipped with an electric sunroof. Since sunroof is now a key feature that lets the customers fix for a car, Tata didn’t want to keep the gap unattended. The XZ+(S) trim gets the similar kit as the XZ+(O), but it misses out the connected features offered by the iRA connected technology. It offers the Nexon owners with remote vehicle control for certain features, such as live vehicle diagnostics, valet mode, geo-fencing, and trip analytics. The new XZ+(S) variant will fit in between the XZ+ and XZ+(O) trims.

Tata Motors recently revealed that all their models will regularly be updated under the ‘New Forever Philosophy’. The introduction of the new XZ+(S) variant could be a part of this strategy as well. Talking of the powertrains and drivetrains that Nexon comes with, it is offered with 2 engine options – 1.2L turbo-petrol and 1.5L turbo-diesel. The former produces a peak power and torque output of 120 PS and 170 Nm, respectively. The latter, however, churns out a peak power output of 110 PS and a max. torque output of 260 Nm. Both of these engines are offered with two transmission options – 6-speed MT and 6-speed AMT. The Nexon is one of the safest compact SUV in the Indian market with a complete 5-star Global NCAP crash test rating.