Tata is ready to launch the Tiago NRG, developed from the Tiago Hatchback today. However, the Tiago NRG bears little resemblance to its sibling.

As regards the exterior, Tata equips the NRG crosshatch with a black front grille, roof and a spoiler at the rear. To motivate the crossover look, its doors, tailgate and wheel arches gets plastic cladding; the bumper at the rear features faux skid plates. In terms of dimension, the new vehicle is 47 mm longer, 18 mm wider and 52 mm taller than its predecessor. The ground clearance of the Tiago NRG is 15 mm higher the previous hatchback version, being 180 mm. Fortunately enough, a suspension of the NRG has been developed by Tata to compensate for the lifted ground. In term of the interior, the layout maintains most of the features of the Tiago hatchback apart from some decorative differences, which include AC vents with silver accents, gear lever and the console at the centre, and denim upholstery with orange highlights. Moreover, the driver seat can be adjusted in six ways. The most outstanding distinction is a 5-inch touchscreen infotainment system with 3D naigation system, which is borrowed from the Tigo.

Safety features include but not limited to The upcoming Tiago NRG gets the power from 1.05-litre diesel and a 1.2-litre petrol engine, which can produce 70PS/140Nm and 85PS/114Nm, respectively. It is only available with a 5-speed manual transmission. 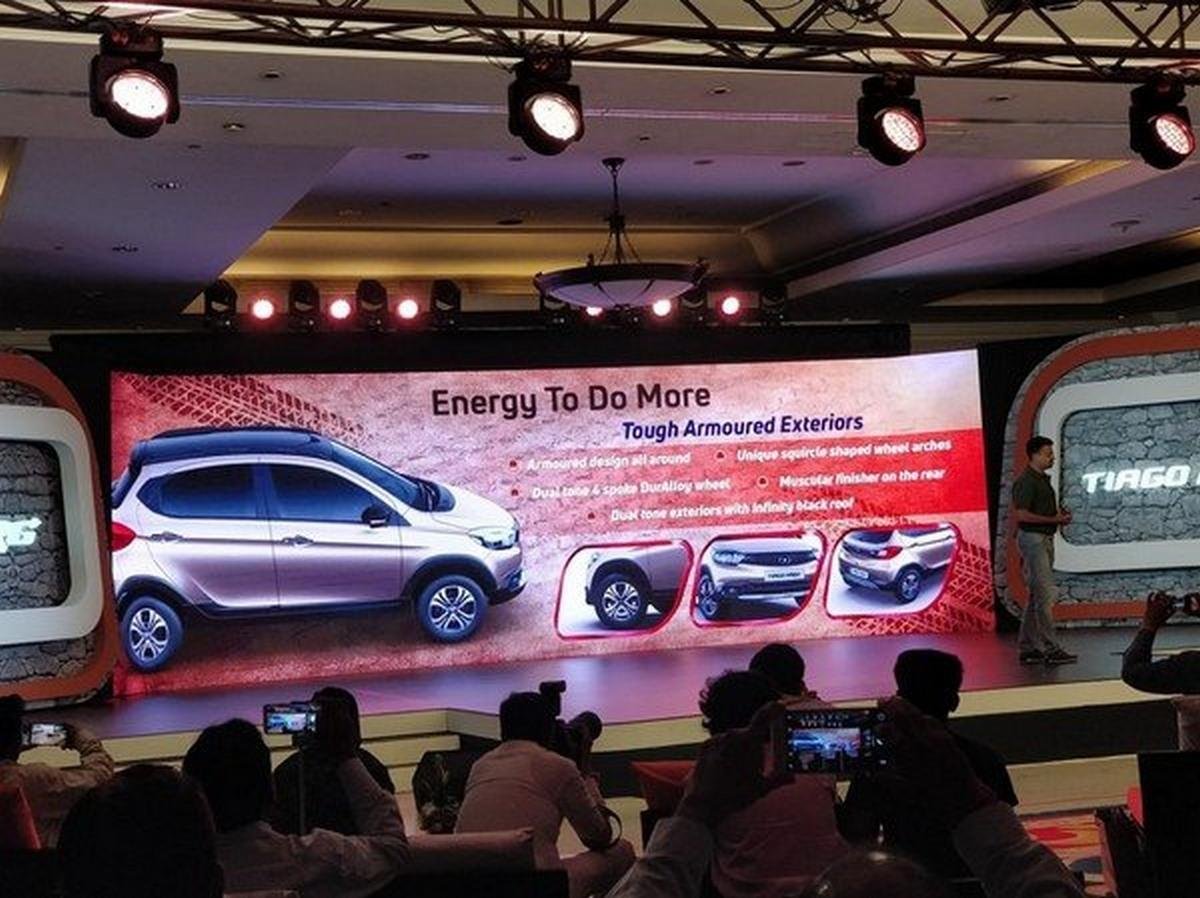 Both a 1.05-litre diesel and a 1.2-litre petrol engine will provide power for the Tata Tiago NRG

This new crosshatch has been launched with a price of  Rs 5.50 lakh and Rs 6.32 lakh for the petrol and diesel, respectively and is expected to help Tata Motors penetrate more deeply into the crossover segment in India, directly competing with the CelerioX, the inexpensive crosshatch Renault Kwid Climber and the more costly Ford Freestyle.