Tata Tiago Vs Tata Tiago JTP - What Are The Main Differences?

9 0
Tata Tiago JTP - the performance-oriented version of the Tata Tiago - is just recently launched. Let's see the main differences between the normal Tiago and the JTP version.

Tata Motors has just introduced the latest version of the ongoing Tata Tiago – the Tata Tiago JTP. It is a performance version of the normal Tiago, which means the new model will engage with more excitement in its driving nature. What does it mean in the real-life realization? On the following part, IndianAuto will explain the difference between the Tiago and Tiago JTP. 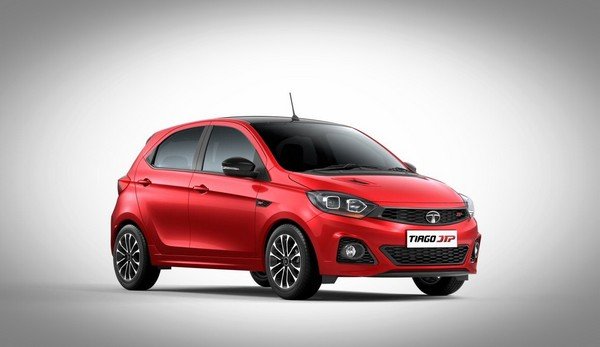 IF the Tiago is available in five variants which are XB, XE, XM and XT, the JTP version only comes with one single variant.

In terms of dimension, the Tiago JTP will bring out almost the same dimension. Both measures at 3746mm in length and 1647mm in width. However, the JTP, to fit with the performance title, will stand at a lower height. At 166mm, the ground clearance will also be 4mm lower.

As promised, the JTP version of the Tata Tiago will look definitely sporty. To give the JTP the desirable sportiness, it is packed with many features that remind you of the race cars.

The exterior of the Tiago is revised to add more sportiness into the JTP gene: What’s more, to differentiate from the normal Tiago, Tiago JTP will also get the JTP badge on the front grille.

You will not only notice the twists and tweaks outside but when stepping into its cabin, the changes are even more noticeable. 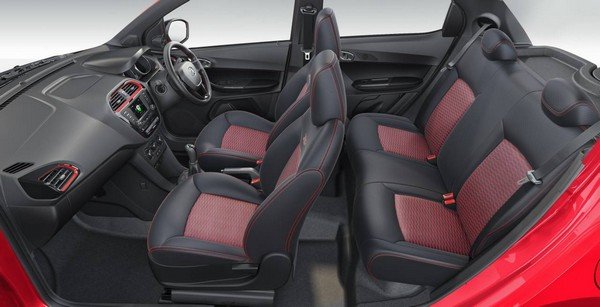 On the Tata Tiago, it will be powered by a 1.2-litre petrol engine that could make 85PS peak power along with 114Nm of torque. This unit is paired with a 5-speed manual gearbox.

But for the Tiago JTP, it will get a turbocharged 1.2-litre engine. This unit is able to produce 114PS and 150Nm, which is significantly higher than the Tiago. This is the same engine that powered the Nexon but tuned for better power output. The transmission option remains to be the same 5-speed manual gearbox. But let’s say this unit will be optimized for better manner. Tata Tiago JTP will be powered by a turbocharged 1.2-litre engine

Along with the engine changes, the suspension system will be revamped for better handling. To know more about the Tata Tiago JTP's performance, read our detailed review of the car.

The changes will not end at only the cosmetic and mechanic work. Along with the improved power output, JTP will also be given some more new features, for example, the 5-inch touchscreen infotainment system which has been seen in the Tata Tigor. In general, the Tata Tiago JTP will give you a sportier version of the Tiago with sleeker look and premium interior along with a better driving dynamics tuned for performance orientation. This hatchback will work perfectly for those eager and enthusiast drivers within a limited budget.