Top 10 The Most Searched Cars On Google India In 2018: Honda Amaze Takes The First Place

The Year in Search Report of Google has revealed that the most searched car in India is Honda Amaze.

At the very end of each year, we all look forward to seeing the year-end charts. Google’s annual chart of most searched items always gets attention as Google could accurately reflect what internet users care most.

According to the Year in Search’ report 2018, Honda Amaze is the most searched car in India. Here is the list of other cars that have made it to the top 10.

Based on the Ssangyong Rexton, Mahindra Alturas is Mahindra’s latest model to come in 2018. This SUV has joined the premium SUV segment, competing with other models like Toyota Fortuner and Ford Endeavour. This car has just arrived in November but it still managed to catch the attention and take the 10th place on the list. First appeared at 2018 Auto Expo, the new BMW X3 has neatly slotted in ninth position on the top 10. Considering the fact that most of the cars in the list are affordable for average customers, a luxury car brand like BMW X3 could find its way to the year-end most searched car is a big deal.

The all-new BMW X3 has come with a new platform, providing a better aerodynamics along with cosmetic and mechanical changes. Next on the list is BMW 6GT, another car from BMW. It seems that the German automaker’s name is trending in India. Also debuted at the 2018 Auto Expo, the BMW 6GT is a more premium alternative for the 5 Series. It offers more space and comfort features. And the price, therefore, is much higher than the 5 Series. Jeep Wrangler only entered the Indian market in 2016 and introduced some models here. In 2018, Jeep Wrangler was showcased at the Auto Expo. The flash appearance at the auto show has gained the Wrangler enough attention to slot a spot on this list. Jeep Wrangler makes it to the top 7

The new-generation Maruti Suzuki Ertiga is one of the most anticipated launches in the second half of 2018. One notable update is the new 1.5-litre petrol engine option. Along with that, there are also other exterior and interior added features that helped boosting the Ertiga’s performance. In 2018, Ford launched the Freestyle, basically a Figo with significant upgrades, which has warmed up the attention of customers toward this car. The updates include 6 airbags, ABS with EBD and driving assist technologies like traction control, electronic stability control. Hyundai Santro is one of the largest hits of the Indian auto industry. The new Santro is the spiritual heir of Hyundai’s most successful model in India which has been discontinued years ago.

On its comeback, the Santro gets all things right with an appealing package of premium features, high built quality and stylish look. The Santro has become Hyundai’s fourth car to enter 2018’s top 10 best-selling cars in India. It is not a surprise that it could make it to the top 4 most-searched car in Google. Hyundai Santro is the new star of the hatchback segment

Toyota Yaris launched in India market back in May 2018. Toyota has promised to bring a host of first-in-the-segment features and good riding quality. And it seems that Toyota has created such a hype around its new sedan. Toyota Yaris had a promising launch in 2018

Mahindra Marazzo successfully got itself into the spotlight for months before its launch. Mahindra has created the heat by offering a load of premium features. Those include roof-mounted air vent, captain seats or leather seats. The launch of the new gen Honda Amaze came in May. And it has instantly hit success with a huge sales figure. In fact, it is one of the top best-selling compact sedans in the market. The success of the Amaze could be contributed to it being an all-roader with decent feature list along with refined quality and good performance, and most importantly, an affordable price. 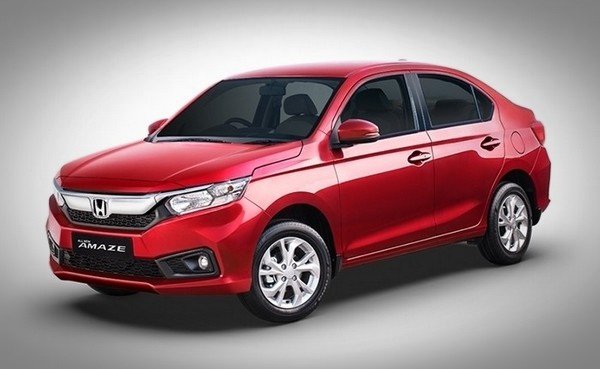 The biggest surprise is the Tata Harrier, despite the great attention that it gets, could not make it to the list. It is possibly because the name Harrier wasn’t official until recently. Another surprise is that the Maruti Suzuki, even being the largest auto company, which dominates the best-selling charts, only has one name on the list, the Ertiga. Last year’s number one, Maruti Swift also disappears into thin air on this year’s list. It seems that with the unbeatable commercial success, Maruti Suzuki could not care less about the whole promotion and marketing thing.